Andy Murray has fired back at Nigel Farage after the former Brexit Party leader posted a video of himself in Serbia with the Djokovic family. 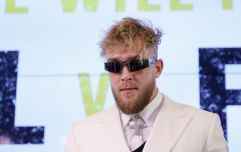 END_OF_DOCUMENT_TOKEN_TO_BE_REPLACED

Djokovic won his appeal against a decision to refuse him entry into Australia on Monday, with the Serb granted permission to compete at the Australian Open after his visa was initially revoked upon entry earlier this month.

The world number one had spent four nights in an immigration detention hotel in Melbourne, however, the judge ruled in his favour, ordering he be released within half an hour and allowing him to play at next week's Open, where Djokovic is the reigning champion.

Farage had earlier tweeted a video which showed him with the Djokovic family in Belgrade, which prompted a fiery response from two-time Wimbledon champion Murray.

"Please record the awkward moment when you tell them you’ve spent most of your career campaigning to have people from Eastern Europe deported," the Scotsman tweeted.

Please record the awkward moment when you tell them you’ve spent most of your career campaigning to have people from Eastern Europe deported.😉 https://t.co/rfFn1hdXlu

END_OF_DOCUMENT_TOKEN_TO_BE_REPLACED

Murray previously suggested that Djokovic's situation was "really not good for tennis at all", admitting that he was shocked by the saga.

Once the decision had been made, Farage tweeted again saying the Australian government would "look dreadful" if it cancelled Djokovic's visa a second time.

END_OF_DOCUMENT_TOKEN_TO_BE_REPLACED

During the court hearing, government counsel Christopher Tran told the court that the minister for immigration, Alex Hawke - not the minister who made the original visa cancellation - would now consider whether to exercise a personal power of cancellation of the Serb's visa.

The court also released a transcript of Djokovic’s interview with Australian Border Force last week, during which the tennis star confirmed he has had Covid-19 twice and is not vaccinated.

While Djokovic might have won his appeal against deportation, reports are suggesting that the 34-year-old was arrested by the Australian government just hours after he won his case.