Andriy Shevchenko's first managerial job is a big one

The former Milan, Chelsea and Dynamo Kiev player was one of the best strikers in the world during late 90s, early 2000s prime - with 167 goals for AC Milan, and the record for goals scored in the Milan derby, maybe even *the* best. 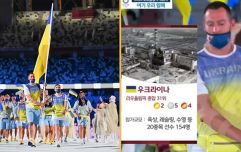 END_OF_DOCUMENT_TOKEN_TO_BE_REPLACED

It's a whole four years since he decided to hang up his boots after Euro 2012, and he's wasted little time doing his coaching badges.

And now, in the aftermath of a dismal Euro 2016 - where Ukraine failed to score a goal or win a point, the 39-year-old has agreed to take charge of the national team.

Shevchenko has signed a two-year deal with the option of a further two years, according to a statement from the Ukrainian Football Federation.

The appointment comes as Serhiy Rebrov - Shevchenko's former strike partner in Kiev, remains in charge of a Dynamo team which provides a number of players for the national squad.

The new head coach will take charge of the qualifying campaign for the 2018 World Cup, with Ukraine drawn in a group alongside Croatia, Iceland, Turkey, Finland and newcomers Kosovo.

If the record Ukrainian international goalscorer proves successful in that campaign, he could remain in charge for Euro 2020, which is split between a number of countries across Europe.

popular
Harrowing video shows teen blasted in the face with shotgun - and survive
Scotland international rugby star Siobhan Cattigan dies aged 26
QUIZ: Who plays here? Match the clubs to these 50 stadiums
Elon Musk shares 'evidence' we are actually living in a simulation
Woman wins millions after suing mum's GP for allowing her to be born
Mum accidentally lists baby for sale and says she needs it 'gone today'
Jurgen Klopp riled by line of questioning in pre-match Everton interview
You may also like
Sport
BBC hit with complaints over 'biased Euros commentary'
Sport
Woman refused entry to bar for wearing England top after Euros
Politics
Anger as female soldiers in Ukraine made to march in heels
Football
Priti Patel accused of 'faux pride and support' for England team
Sport
England starting XI confirmed: Sancho starts against Ukraine
Next Page