Burnley striker Andre Gray was in dreamland when he helped his team record a 2-0 victory over Liverpool in the Premier League.

But he will have come crashing down to earth later in the day when some old tweets of his came to light. 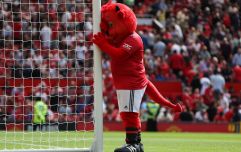 END_OF_DOCUMENT_TOKEN_TO_BE_REPLACED

Originally posted during his non-league days, Gray's homophobic and otherwise offensive tweets saw him come in for a heap of criticism from neutrals.

Gray deleted the offending material, but it lived on in internet screenshots, and he has since owned up to - and apologised for - his 'mistakes'. 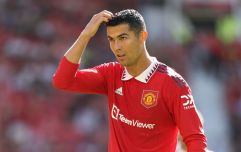 END_OF_DOCUMENT_TOKEN_TO_BE_REPLACED

The full statement reads as follows:

"Firstly, I want to offer a sincere and unreserved apology to anybody I may have offended in relation to these tweets.

"The tweets were posted four years ago when I was a completely different person to the man I am now. I was at a very different point in my life back then - one that I've worked hard to move on from.

"Thankfully a lot has changed in my life since then. I have experienced a lot over the past four years and have had to take responsibility for a number of things in my life which has enabled me to mature and grow as a person since that time.

END_OF_DOCUMENT_TOKEN_TO_BE_REPLACED

"I have a lot of regrets regarding a number of things I've done in the past and realise I have made some mistakes, none more so than these tweets, but I would like to stress that I've worked incredibly hard to completely transform my life since that time.

"To clarify, I do not hold the beliefs written in those tweets whatsoever. I can assure everybody that I am absolutely not homophobic and as said previously I can only apologise and ask for forgiveness to anyone I offended.

"Thankfully I am not the guy I was back then and will continue to work hard both on and off the pitch to become a better person."

popular
Incredible case of the only known individual whose parents were two different species
Cyclists may have to get number plates under radical shake-up of road laws
Darius Danesh opened up about his health struggles before his tragic death aged 41
Alec Baldwin: 'Everybody who was there knows exactly who’s to blame' for Halyna Hutchins' death
TikTokers are utterly convinced there is a secret zombie apocalypse going on in China right now
Darius Danesh pictured with Gerard Butler before his death
Pop Idol star Darius Danesh found dead aged 41
You may also like
News
Furious Reading and Leeds ticketholders demand refunds as band replaces Rage Against The Machine
Uncategorized
Elon Musk countersues Twitter in legal battle over takeover bid
Entertainment
Liam Gallagher lays into fans who kicked off with him on a plane in Australia
Weather
Naked couple filmed having rooftop sex during record heatwave
Politics
'FFS Nadine!': Tory MP is forced to mute Dorries following bizarre tweet
Next Page