The player is set to face an assault charge

An American football team representing a Texas high school have been thrown out of the play-offs after one of their players attacked a referee. 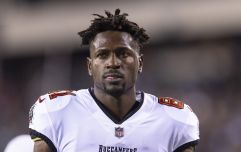 END_OF_DOCUMENT_TOKEN_TO_BE_REPLACED

Emmanuel Duron was lining up for Edinburg High School on Thursday night, when he was ejected from the game against Pharr-San Juan-Alamo.

The player did not take kindly to his dismissal and promptly stormed the pitch, charging into the defenceless referee. The ref was left injured on the pitch.

Edinburg High School eventually won the game 35-21, but it is the last time they will take to the field this season. Duron's actions saw them kicked out of the competition.

According to a statement made by the local school district, the team will take no further part in the play-off system this season.

The statement reads: "The district has decided to remove the Edinburg High School football team from the playoffs after an unexpected incident involving a student that occurred during a football game on December 3, 2020. 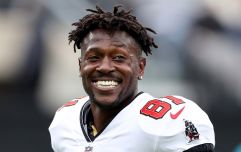 END_OF_DOCUMENT_TOKEN_TO_BE_REPLACED

"We extend a sincere apology to the referee and his family. On behalf of the Edinburg CISD Board of Trustees and administration, we apologize to the athletes, staff, and our school community.

"We will take the appropriate disciplinary action once we understand the facts and circumstances underlining this incident. The district takes these matters very seriously; however, we cannot comment further on a pending investigation."

In a clip of the incident which has now gone viral, Duron can be seen being ushered off the pitch by teammates and officials.

According to the New York Post, Duron was escorted from the stadium by police and is currently being held in a Texas county jail awaiting a charge for assault. 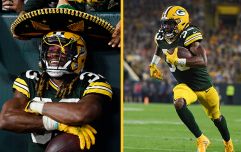 END_OF_DOCUMENT_TOKEN_TO_BE_REPLACED

The referee was checked over by medics regarding a potential concussion. In a statement, the Texas Association of Sports Officials (TASO) said they were still investigating the incident.

"On the evening of December 3, 2020 another vicious and deliberate assault was inflected on a TASO Football Official by a player who had just been ejected from the contest.

"Unfortunately, this type of blind-sided assault on an official while working on the field is not new to Texas Football.

"Though this latest incident is only hours old, TASO has begun our investigation and started collaboration with the UIL to bring this matter to a suitable disposition."