For Fernando Torres at Chelsea, it was his open goal miss against Manchester United at Old Trafford in September 2011. The Spanish striker remained at Chelsea for another three years. But that miss, eight months after joining from Liverpool for £50m, symbolised his struggles at Stamford Bridge.

END_OF_DOCUMENT_TOKEN_TO_BE_REPLACED

Alexis Sanchez's own Torres moment could have occurred on Saturday. The home side were desperately trying to win a match against a newly-promoted team, yet they substituted the Premier League's best-paid footballer.

Sanchez was taken-off after another poor performance and no-one watching was surprised. 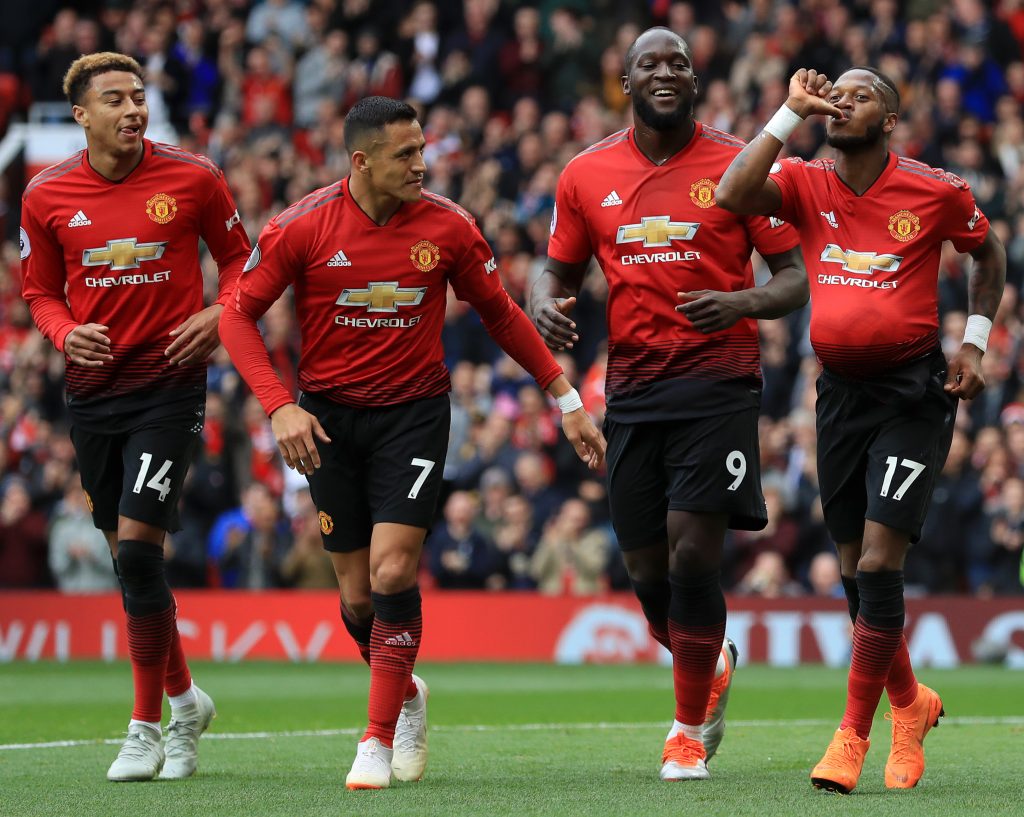 The Chilean was meant to be the differential for United, the spark that re-ignited their challenge to topple Manchester City. Eight months later, he isn't deemed good enough to rescue a win against Wolves. Sanchez is starting to look like an extremely expensive error for United.

END_OF_DOCUMENT_TOKEN_TO_BE_REPLACED

For the first time in several years, he had the summer off to recuperate as Chile weren't involved in the World Cup. He has had a full pre-season at United and even missed recent international duty to concentrate on his club duties.

He was rested last week against Young Boys so he would be fresh for the Wolves match. In 63 minutes of action, he managed just one shot. In five appearances this season, Sanchez has registered just a single assist. He hasn't scored since March. 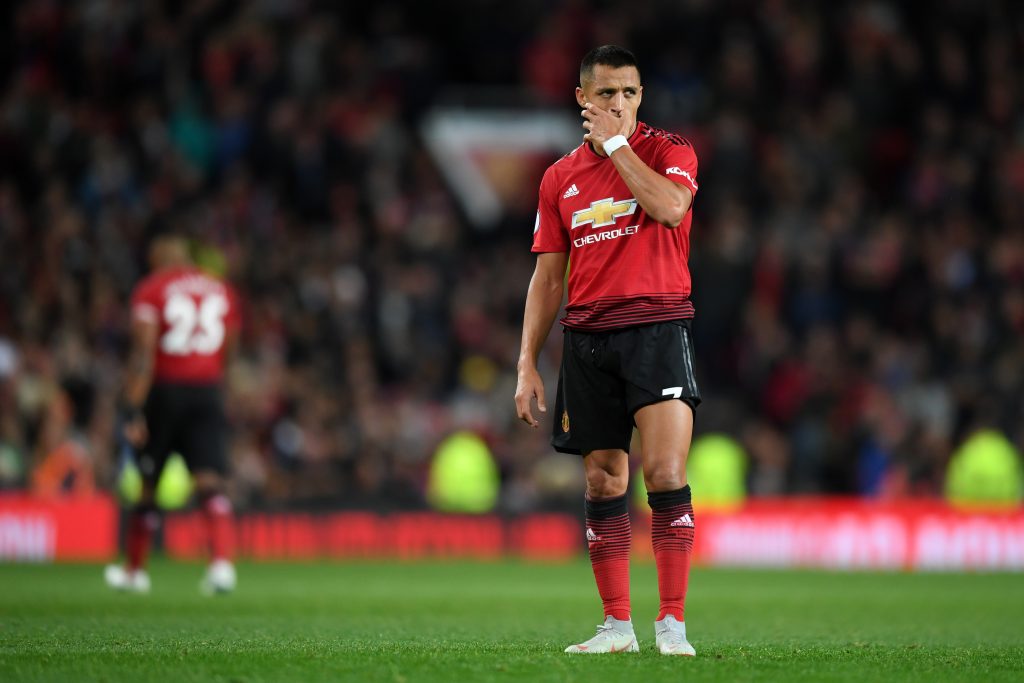 There have been suggestions that he is in the early stages of decline. This may be true. Sanchez will turn 30 in December and he has played an awful lot of football over the last decade. At some point, this will take its toll. However, there is also evidence to suggest that United aren't set up to get the best out of him.

END_OF_DOCUMENT_TOKEN_TO_BE_REPLACED

By the most basic metric - shots on goal - Sanchez's output has declined by over 50 per cent since his transfer. In his best season at Arsenal - 2016/17 - Sanchez scored 24 goals and registered 10 assists. He was averaging 3.4 shots per game. In 19 games last season for the Gunners, Sanchez averaged 3.6 shots per game.

In 12 league matches for United between January and May, he averaged just 1.6 shots per game. Sanchez is averaging 1.8 shots per game so far this season. He is shooting a lot less and seemingly not getting into the same positions as he did at Arsenal. 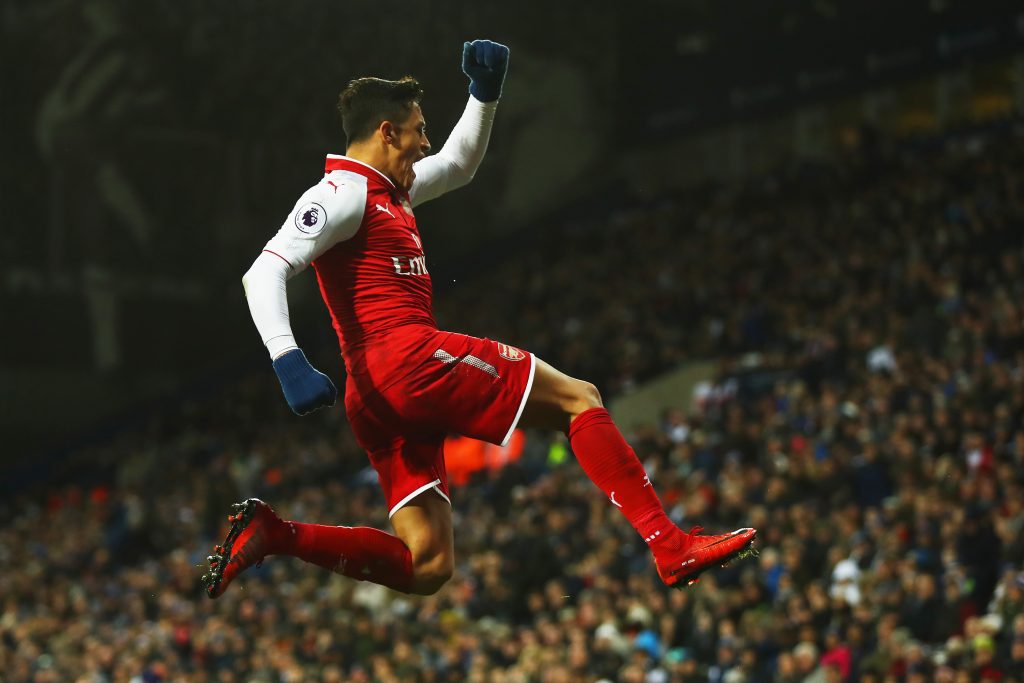 Paul Pogba has spoken about United's lack of movement and it's possible that this is negatively impacting Sanchez.

United often look static and ponderous in possession, relying on a moment of individual skill or a set-piece goal to find a way past their opponents. When United are chasing a game, they go long to Romelu Lukaku or Marouane Fellaini. Sanchez often looks lost, playing like a stranger. He has lost the ball almost 350 times since joining the club in January.

Sometimes though, it appears that he has lost the ball because he is trying to force something to happen and has ended-up running down a blind alley. If United had a pre-determined idea of play in the final third that suited his talents, this may not happen. 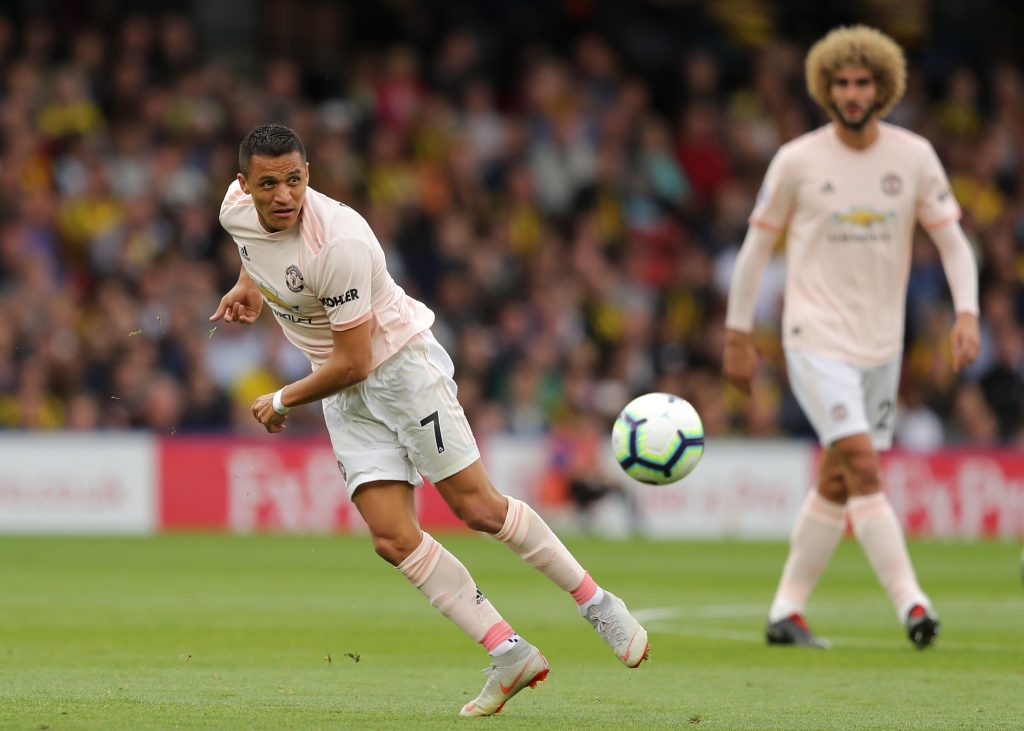 It also appears he has been caught between two stools. The Chilean has gone from playing under Arsene Wenger to Jose Mourinho, two managers with directly opposing views on how football should be played.

It may require finding a middle ground between the reactionary style of Mourinho and attacking idealism of Wenger to get the best out of Sanchez.

Alex Ferguson succeeded at blending pragmatism and idealism better than any manager. One of the tactics he used late in his career may give United a greater chance of displaying Sanchez's talent. 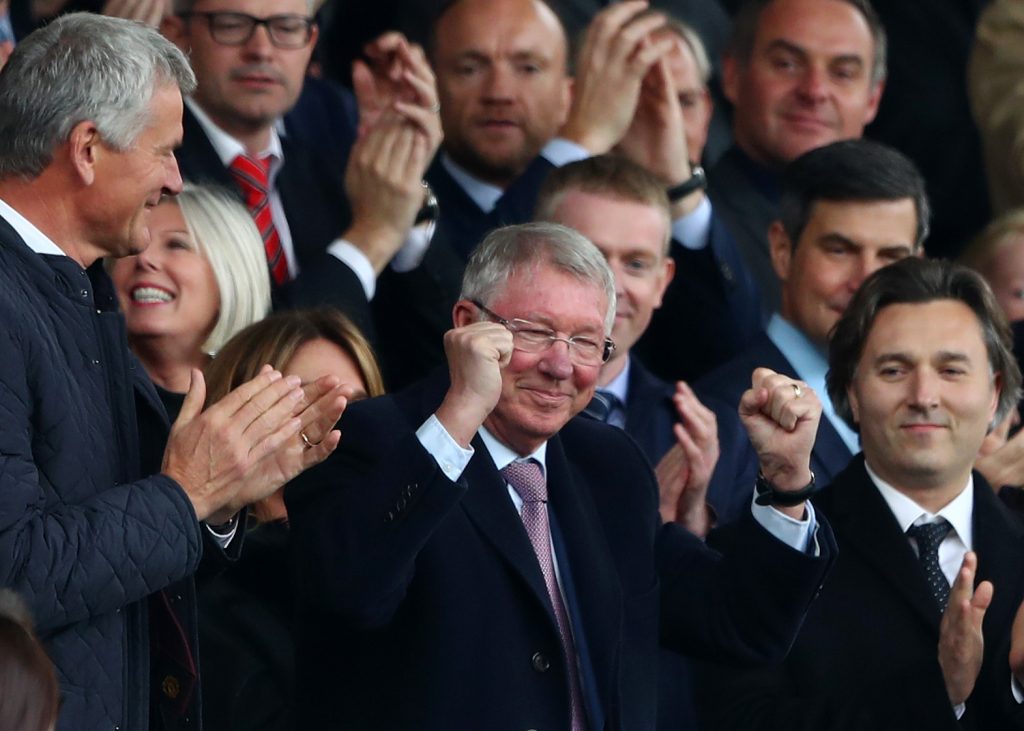 In 2006, Ferguson sold Ruud van Nistelrooy to Real Madrid and discarded United's lone-striker system. For the first time ever, the club played without a recognised centre-forward. Ferguson deployed a fluid front-three of Cristiano Ronaldo, Wayne Rooney and Carlos Tevez.

They had a license to roam and pick up different positions. Two of them - usually Rooney and Tevez - just had to cover wide positions when United were out of possession. Otherwise, Ferguson gave them free reign in the final third. It was fantastic to watch and devastatingly effective as the trio rotated positions and bamboozled the opposition.

In doing this, Ferguson bypassed the rigid style deployed by Mourinho's Chelsea - with a central striker as a fixed point in the team. United didn't need such rigidity then and they probably don't need it now. They don't have players as good as Rooney, Ronaldo and Tevez in the current squad. But they do have talented forwards who could rotate positions the way that trio did. 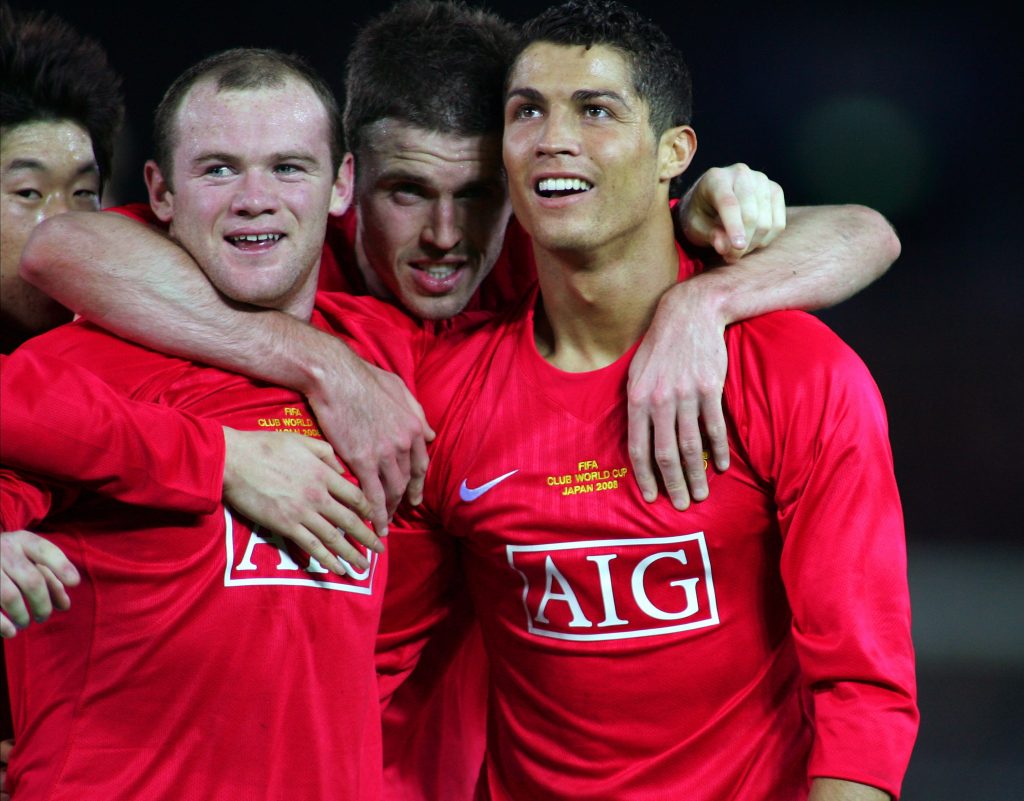 Sanchez, Marcus Rashford and Anthony Martial are arguably all suited to play in such a fashion. Lukaku could also be deployed in such a frontline. Against Brazil in the World Cup quarter-final, the Belgium striker started on the right-wing and had a brilliant game. Lukaku, Eden Hazard and Kevin De Bruyne rotated positions throughout and the United striker played a key role in winning the match. Under Mourinho, he is deployed as a traditional centre-forward and is often the target for Sanchez's wayward crosses.

Lukaku is indispensable to Mourinho. But it could be argued that the manager's rigid style of play isn't suited to get the best out of creative forwards like Sanchez, Rashford and Martial.

If Mourinho was to take a leaf out of Ferguson's book and coach his forwards to interchange positions, to take a more fluid approach to break down the opposition, they may get more out of their talented forwards. Sanchez may at least even get a few more shots on goal. 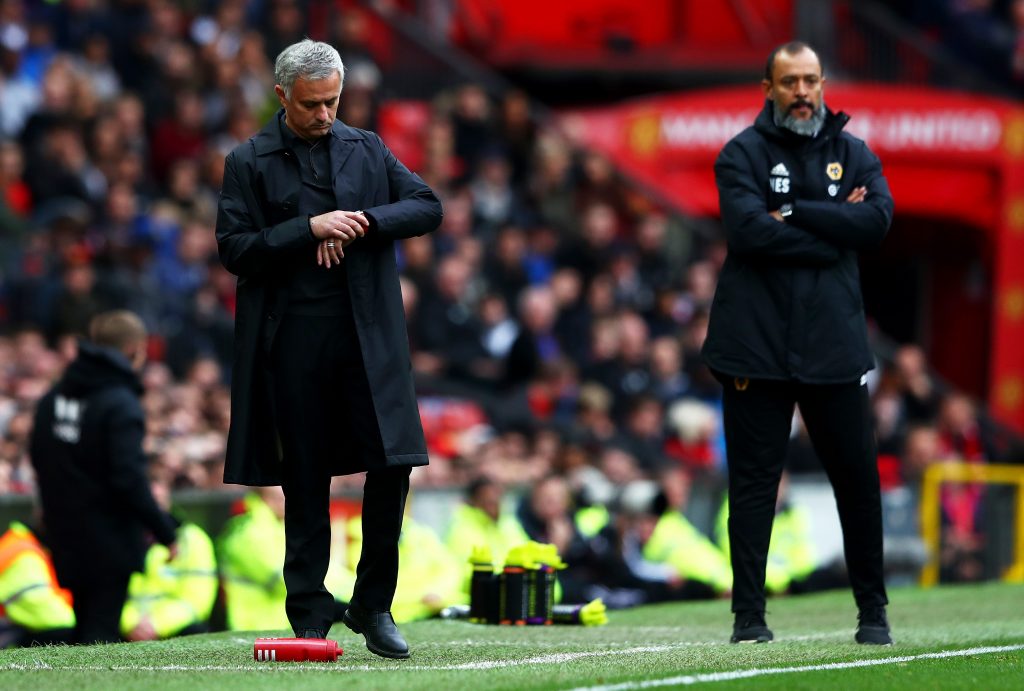 However, there is more chance of Ferguson returning to the dugout than Mourinho changing his methods.

It's possible that Sanchez is in decline. But, as is often the case with Mourinho and creative forward players, it's difficult to know for sure where the problem lies.

Even Sanchez at his peak probably wouldn't thrive in such an inflexible tactical approach. It's no surprise that an out of form version of the player looks lost.

popular
Chilling moment man with knife and balaclava is captured wandering around family's living room
Lisa Kudrow hits back at fans complaining about lack of diversity in Friends
Landlord faces £40k fine after tenant puts swimming pool on roof of flats
James May 'hospitalised after crashing into wall at 75mph filming new show'
Ex-teacher who got pregnant by former student plans to film birth so it can be taught in schools
Furious Reading and Leeds ticketholders demand refunds as band replaces Rage Against The Machine
Kathy Hilton slammed after mistaking Lizzo for Precious
You may also like
Sport
Georgia Stanway trolls new German teammates with song choice, days after beating them in Euro 2022 final
Sport
Barnsley look to terminate sponsorship deal after homophobic tweets
Football
Man United failed with eleventh-hour attempt to sign Timo Werner
Sport
Barcelona sell off a further €103m in assets to register new signings
Sport
The enormous wage Ousmane Dembélé is earning at Barcelona revealed
Next Page