'Leaked' pictures of Alderweireld and Willian in Man United shirts have, of course, been debunked

Nice try, whoever went to the trouble of making this. A very nice try indeed.

Toby Alderweireld and Willian are not on their way to Manchester United. Or maybe they are? Either way though, those pictures you've probably seen of the pair of them wearing United shirts - as if posing for official unveiling pictures - aren't what they might have appeared to be.

END_OF_DOCUMENT_TOKEN_TO_BE_REPLACED

Both players have been linked with moves to Old Trafford this summer, and with the clock ticking away towards the close of the transfer window, the images started doing the rounds on Twitter over the weekend.

While they were met with a fair amount of scepticism from some United supporters, they were (of course) enough to convince some that the both moves had been done and were due to be announced imminently.

It didn't last long though. Within an hour of them being shared by Full Time DEVILS' Twitter page, a couple of replies appeared to show that both images were photoshopped.

The image of Alderweireld had used a shirt which had been worn by Marcus Rashford in a promo picture for United's new home kit. The same was the case with Willian's picture, only that had used an image of Paul Pogba. 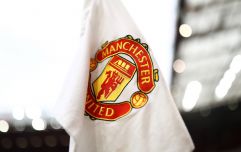 END_OF_DOCUMENT_TOKEN_TO_BE_REPLACED

Right. Glad we've cleared that up then.

As Jose Mourinho has repeatedly made clear, United are having a frustrating end to the transfer window. Speaking after the 4-1 defeat to Liverpool in Michigan on Saturday, Mourinho explained he wanted two more players before the close of the window, but only believed one was possible.

Harry Maguire has also been strongly linked with a move to United in the last few days, reports claiming the Leicester defender is 'convinced' he will complete a switch to Old Trafford.