A split decision wasn't necessarily a surprising outcome in the co-main event of The Ultimate Fighter 24 finale last weekend.

The surprising aspect of the judges' call was the fact that one so-called judge saw the fight 30-26 in favour of the eventual victor, Joseph Benavidez.

END_OF_DOCUMENT_TOKEN_TO_BE_REPLACED

In a back-and-forth flyweight contest against Henry Cejudo, the bout could have gone either way and the fact that a point was deducted from Cejudo in the first round meant that it could well have been called a draw as most people had the Olympic gold medallist winning the round before and after the low blow in question, making it a 9-9 frame.

But judge Glenn Trowbridge wasn't in the majority. He gave the first round to Benavidez and, with the deduction, that made it a 10-8 round. He then gave the next two unfathomably close rounds to Benavidez which tallied up to a 30-26 decision.

It was bizarre. It was wrong, for want of a better word.

And Cejudo has since revealed that UFC president Dana White personally called him to issue an apology for the slight.

"You know it's bad when Uncle Dana White calls you to apologise for the judging," Cejudo said on the MMA Hour. 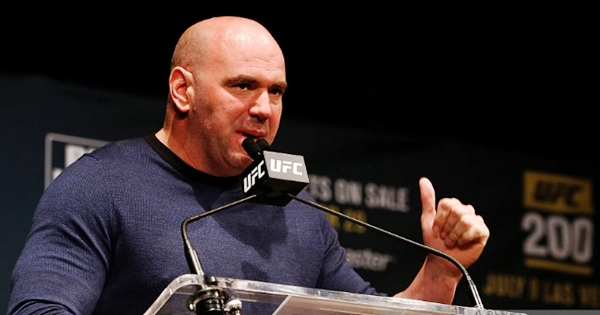 END_OF_DOCUMENT_TOKEN_TO_BE_REPLACED

"That happened yesterday when I sent Dana a text. I said 'Thank you for the opportunity. I fought like a warrior last night. I hope you were entertained.'

"He literally called me two seconds right after I sent the text message to him.

"He was like 'Listen Henry, I apologise. I'm sincerely sorry. You won that fight. Everybody I talked to - Sean Shelby said you won the fight, everybody that was ringside, there was not one person in that arena that thought you didn't win that fight.'

"It was just a sincere apology and I don't really have a relationship with Dana White. I just happened to text him and he was apologetic."

END_OF_DOCUMENT_TOKEN_TO_BE_REPLACED

The egregious nature of the decision left Cejudo scratching his head and then he cast his mind back to the time when he had hit out at the Nevada State Athletic Commission for their excessive fine and suspension of Nick Diaz after he had tested positive for marijuana metabolites last January. 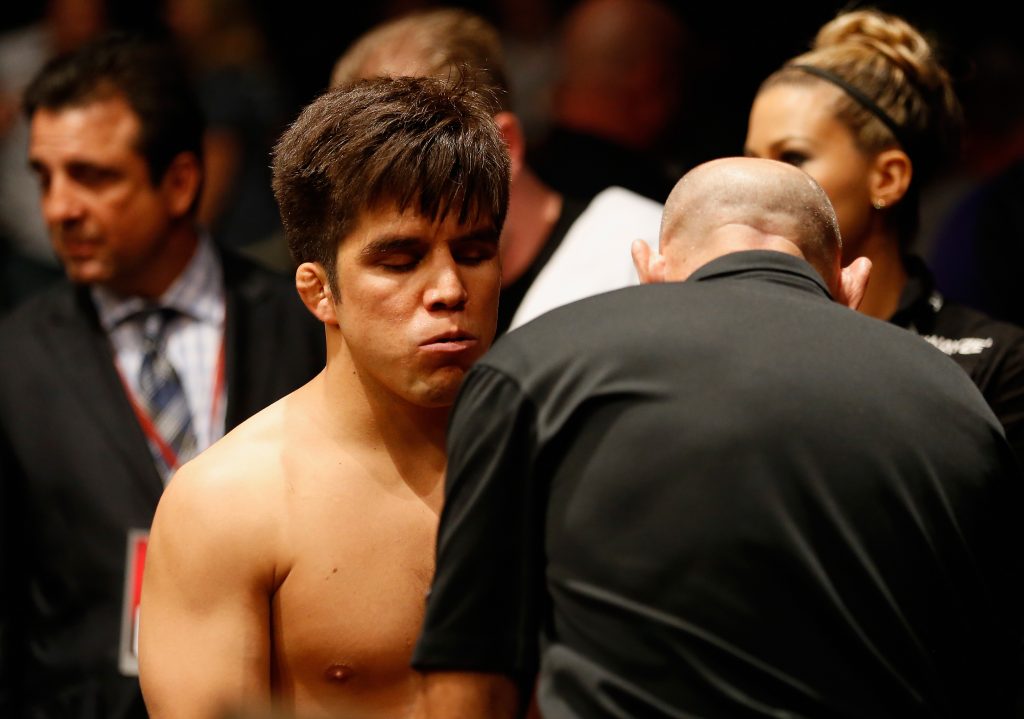 Cejudo publicly announced that he would refuse to fight in Nevada due to the heinous nature of the punishment but made himself available to fight in Las Vegas again once Diaz's ban and fine were reduced significantly upon appeal.

And the recent 125lbs title challenger wonders if his explicit challenge of the NAC led to judges assigned by the commission to try to exact revenge with such a questionable decision at Saturday's event, which took place at the Palms Casino Resort.

"I watched the fight early in the morning because I wasn't able to go to sleep and I'm really surprised. I don't know what the judges saw," Cejudo continued.

"I counted every round, all the significant strikes and I just felt like it was a complete robbery. It's a shame what the judges are willing to do.

"I wonder if it was due to the backing up Nick Diaz - the whole Nevada Athletic Commission thing. I don't know if they still have it out for me.

"I definitely do want to fight Joe again eventually but I won't fight him in Vegas."