Drugs 'that could let humans live to 200' are being developed, scientist says

The way the world's going, why would anyone want to live this long?

A British scientist has said new drugs are in development that could help humans live until the age of 200.

Dr Andrew Steele, a British computational biologist, recently wrote a book on longevity and how long humans can live for.

He claims that new advances in the field of senolytics - drugs that target the destruction of cells that degrade tissue function - could be crucial to humans potentially hitting the double century mark.

He told the MailOnline: “I don't think there is any kind of absolute cap on how long we can live.

“Studies come out every few years that propose some kind of fundamental limit on human lifespan, but they're always missing one crucial piece: we've never tried treating the ageing process before.”

He added: “I can't see a physical or biological reason why people couldn't live to 200 — the challenge is whether we can develop the biomedical science to make it possible.”

The crucial development would be creating drugs that can focus on destroying senescent cells, also known as 'zombie' cells. These are cells that stop dividing and start accumulating in our bodies, eventually releasing compounds that accelerate the ageing process.

Pills that can flush these 'zombie' cells from our body are reportedly already in the human trial stage of development, and could potentially be on the market within the next decade. 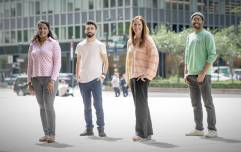 Experimental drug causes cancer to disappear for all patients in trial

END_OF_DOCUMENT_TOKEN_TO_BE_REPLACED

The first evidence on the efficacy of senolytics was published in 2020. The research in The Lancet tested these drugs on mice and found that the "administration of senolytic agents and elimination of senescent cells have shown to improve physical function and extend health span and lifespan.”

Senolytics have apparently caught the attention of some major investors as well, including Jeff Bezos.

Dr Steele also highlighted the importance of looking to reptiles when studying the ageing process.

Galapagos tortoises for example are able to live for up to 120 years. Dr Steele explained that a Galapagos tortoise cell would be able to divide over a hundred times if you placed it in a petri dish, more than double the amount a human cell would, thus reducing the threat of 'zombie' cells. 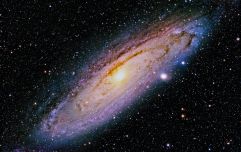 END_OF_DOCUMENT_TOKEN_TO_BE_REPLACED

There is one species that blows the tortoise out the water with its lifespan though - the bowhead whale. According to the WWF, these mammals are able to live for more than 200 years.

Earlier this year, the oldest person in the world passed away in Japan at the age of 119.