After promising us a world-beating app what feels like years ago, the government and NHS are set to launch their track and trace app this Thursday, months after its expected arrival and as the UK faces the prospect of a national curfew.

The app was promised to be functional over four months ago after Matt Hancock announced plans to launch the app at a daily press conference. The government originally said the app that's set to launch later this week wouldn't even be able to contact trace.

NEW: Downing St tell us that from Thursday people in England will be able to download a Coronavirus app...to check and report symptoms, book a test, find out if you tested positive or not. It won't do contact tracing.

A government spokesman incorrectly stated the track and trace app will simply allow people to report symptoms, find a test near them, get their test results and give contact details to businesses.  A spokesman for Number 10 said: “It will provide for an easy and accessible way of providing information about where you have been.”

But after this announcement, officials from The Department of Health rushed to contradict the Number 10 spokesman and reassure the public that the app would in fact offer contact tracing.


When the app eventually launches on Thursday, it will need to be downloaded on over 60% of the population's phones in order to prove effective. Initial trials of the contact tracing app were due to take place on the Isle of Wight back in May, with Matt Hancock promising it would be rolled out later that month. Trials on the island gave mixed results, with thousands downloading the app, but notifications not always coming through. 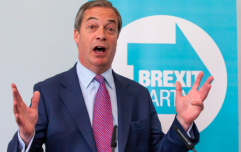 END_OF_DOCUMENT_TOKEN_TO_BE_REPLACED

Successful track and trace apps work by using bluetooth on smartphones to communicate when a user has been in proximity with someone who has tested positive for the virus and alerting all their contacts.

Back when the app was first promised, the government also refused to work with technology giants Apple and Google to use the app they were already developing in tandem with other countries' departments of health.

You may also like
News
Boris Johnson jokes that his 'rule of six' is a good way to avoid your in-laws
News
Tory MP resigns from the government over its handling of lockdown
News
Keir Starmer calls for 2-3 week 'circuit break' national lockdown
News
Donald Trump says he'll 'kiss everyone in that audience' at campaign rally
News
Culture secretary Oliver Dowden: Now is not the time for fans to re-enter stadiums
Next Page