A country that isn't Britain, as in, the country is Switzerland, unfortunately, has overturned a national referendum because its voters were poorly informed. 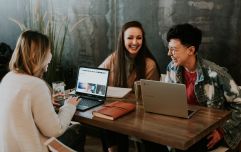 END_OF_DOCUMENT_TOKEN_TO_BE_REPLACED

Its the first time in the country's modern history that Switzerland has overturned a national referendum, of some 300 that have taken place since 1848, but the nation's supreme court found that the information given to voters was insufficient.

The court found that incomplete detail and a lack of transparency had violated the freedom of the vote, which could now potentially be re-run a second time.

“Given the tight outcome of the vote and the seriousness of the irregularities, it is possible that the result of the ballot would have been different,” the federal court said.

The vote in question, on whether Switzerland’s tax policy unfairly penalises married couples (who are taxed jointly on their combined incomes and can therefore end up paying more), was narrowly rejected by 50.8% to 49.2%.

The Christian Democratic party, which had proposed the vote in February 2016, lodged an appeal against the result last year, believing that voters had been misled - which has since been proved after investigation.

In information provided to voters before the referendum, the federal government said that 80,000 married couples were penalised by the tax regime. It has since revised the figure, stating that 454,000 couples were affected.

The Swiss Supreme Court ruled that voters had been “informed erroneously and in an incomplete way. They could not imagine that the number of couples affected by the married couples’ tax penalty was more than five times higher than the figure announced.” 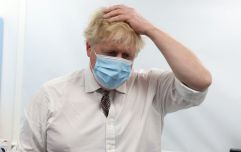 END_OF_DOCUMENT_TOKEN_TO_BE_REPLACED

Now, I wonder if there is a parallel to be drawn between this and the current situation with Brexit? Hmm. I don't know actually. It's difficult to think of a single instance in which a statistical figure was manipulated in order to influence the public vote. I'm really struggling.

popular
Moment thug kidnaps teenage ex in horrifying ordeal that left her unable to walk or talk
Coronation Street star left homeless after sharing anti-vax views
Cristiano Ronaldo complained to Transfermarkt about valuation before blocking them
Boris Johnson outdoes himself with the most ridiculous denial he's ever made
Why dogs are getting sick and symptoms owners should look out for
Liz Truss spent £500,000 of taxpayers' money on a private flight to Australia
Martin Lewis issues urgent advice for households ahead of energy price hike
You may also like
Politics
62% of Brits think Johnson should resign as PM, YouGov poll finds
News
Britain will send troops 'to defend Europe' if Putin invades Ukraine, says PM
News
Met probe could be good news for PM as Sue Gray report delayed
News
Downing Street parties: Cressida Dick confirms Met will investigate No 10 lockdown events
News
Boris Johnson had birthday party during first lockdown, new report claims
Next Page