'If it takes the gaming industry to shine a spotlight on this problem? Then thank you very much.'

"Ah, London. Had a good run there for a while. Now its all riots, bombings, and people thrown in cages like animals."

END_OF_DOCUMENT_TOKEN_TO_BE_REPLACED

So begins the trailer for Watch Dogs: Legion, the third in the series involving hackers attempting to take down nefarious, tech-savvy do-badders.

While the first two, US-based games didn't seem particularly interested in anything beyond letting players have a good time and not get too caught up in the consequences of their actions, this third game looks set to bring in a more political slant, as the plot will take place in the not-too-distant future of a post-Brexit Britain.

Clint Hocking, the creative director of Watch Dogs: Legion, told IGN that "Brexit is part of our backstory in our world fiction, but the game is really about much broader themes than that.

"The kinds of things that we see happening in the UK today are happening all around the world, in different forms and different ways. And those are the themes that we wanted to explore.

END_OF_DOCUMENT_TOKEN_TO_BE_REPLACED

"People have to come together, put aside their differences, and try to build a better future and a better tomorrow. And that's really what Watch Dogs Legion is about."

Of course, any game (or movie, or TV show, or exhalation in general) to do with Brexit will get picked up on and debated about on the BBC, which is exactly what happened this week on Politics Live. 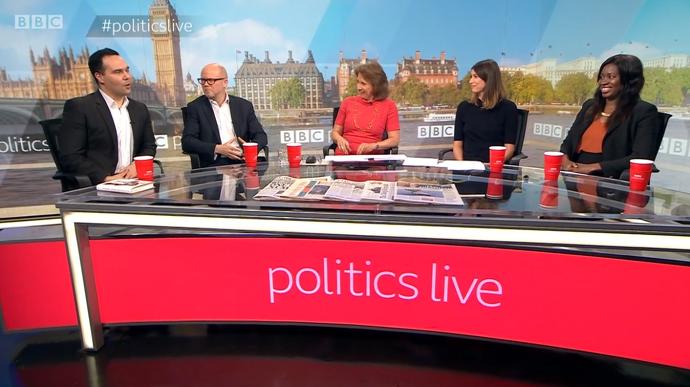 END_OF_DOCUMENT_TOKEN_TO_BE_REPLACED

Toby Young was not a fan at all, staying (via Eurogamer) that "As a Brexit supporter the temptation is to become outraged they're portraying Brexit as being such a disaster when actually so far no disaster has materialised.

"[The game shows] these feverish apocalyptic fantasies, these conspiracy theories, something which was true of the popularist right. But since Brexit and Trump's victory in 2016, the paranoid style, these paranoid apocalyptic fever dreams, seem to have migrated to the left, and this feels like an example of that."

Miatta Fahnbulleh, of the New Economics Foundation, then championed the game for highlighting some of the fears around Brexit in the game:

"It may not be the dystopia, but the underlying drivers of Brexit, yes there were people who voted for the European Union, but for a lot of people it was despair and discontent with the economic system, with an economic system that still benefits a tiny proportion of people where people aren't feeling the benefit in the majority.

"If it takes the gaming industry to shine a spotlight on that? Thank you very much."

The full episode is still up for you to watch on BBC iPlayer.

We can find out for ourselves just how bad this version of Brexit will turn out to be when Watch Dogs: Legion arrives on PS4, Xbox One, and PC on 6 March 2020.