Social care minister Helen Whately has said she "doesn't know" if Gavin Williamson is racist or incompetent as the education minister continues to get skewered over a case of mistaken identity. 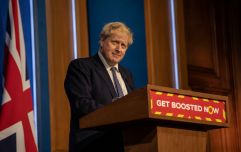 END_OF_DOCUMENT_TOKEN_TO_BE_REPLACED

Whatley was asked about Williamson on LBC on Thursday after it was revealed he had mistaken rugby player Maro Itoje for footballer Marcus Rashford.

Williamson had insisted to the Evening Standard that he had met Rashford over zoom, saying he seemed "incredibly engaged, compassionate and charming". However, it was later revealed Williamson had never met Rashford and had instead spoken with rugby player Maro Itoje.

Asked on LBC if Williamson was either racist or incompetent, Whately said: “Honestly, I don’t know.”

Host Nick Ferrari did not let up, asking again: "So it could be racism?”

'Is Gavin Williamson racist or incompetent?' 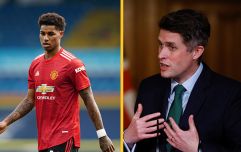 END_OF_DOCUMENT_TOKEN_TO_BE_REPLACED

The MP tripped over her words, replying: “I can’t believe for a moment that he is.”

Ferrari concluded: “So he’s incompetent then?" But Whately pushed back, saying: “It’s not necessarily one or the other. You’re trying to put me in a trap to say it’s one thing or the other.”

Given Rashford's tireless work to tackle child poverty and provide free school meals, people were shocked on Wednesday that the education secretary hadn't in fact already met Rashford, let alone would confuse him with another athlete.

Gavin Williamson and the day he met Paul Weller pic.twitter.com/eBPAc3RNc5

Gavin Williamson was clearly also paying no attention to anything Maro Itoje was saying. The man is an idiot who is useless at... Well.... Everything. Observation, listening, knowing current affairs, administering education, keeping secrets, making speeches - a failure at all

Williamson has since said of the mistake: "Towards the end of a wide-ranging interview in which I talked about both the laptops and school meals campaigns, I conflated the issues and made a genuine mistake.”

“It is depressing that in 2021 one black man – who has reached the pinnacle of his sport and has given so much back to society – is confused so easily with another by the education secretary.”

He continued: "Gavin Williamson must be the most ignorant, clueless and incapable education secretary in the UK’s history.”

popular
Bette Midler wants the US to ban Viagra because it’s ‘God’s will’ to have a ‘limp d**k’
Travis Barker’s daughter shares picture of Blink-182 star in hospital bed - tells fans to ‘send your prayers’
British teen says she was raped in Majorca hotel by 'famous actor and musician'
Police hunt for two 'laughing' men who kissed three-year-old girl in front of distressed mum
Father takes his own life after 18-month-old found dead in hot car
'You're disgusting': Prince William roars at photographer who was 'stalking' his family
Halifax has introduced staff pronoun badges and its customers are not happy
You may also like
Sport
Manchester United turn down Tottenham’s approach for Marcus Rashford
Sport
Roy Keane takes aim at Marcus Rashford for 'smiling' before game even starts
Sport
Roy Keane slams Marcus Rashford for 'playing like a child' agains Liverpool
Sport
Gary Neville questions 'staggering' Man Utd line-up against Leicester
Sport
Teenager jailed for racially abusing Marcus Rashford after missed penalty
Next Page