It's time to pay up Lizzie.

Jamaica's government is set to demand reparations from Queen Elizabeth for Great Britain's role in the transatlantic slave trade. A petition, backed by the current Jamaican government and the opposition, is said to be submitted to Her Majesty and the UK government shortly. 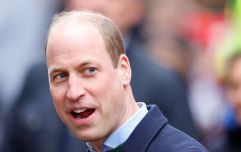 END_OF_DOCUMENT_TOKEN_TO_BE_REPLACED

Jamaica became a British colony in 1655. Between then and 1838, the UK forcibly enslaved over three million African people and transported them across the Atlantic ocean. They were sold to colonies like Jamaica, where they were forced to work on plantation farms and serve the colonies' largely white populous. Jamaica received independence in 1962, but after three hundred years of colonial rule, they kept Her Majesty as head of state.

Jamaica have asked for reparations 🙌🏿
Any level headed, empathetic and sane person shouldn’t have anything to say against this tbh

However, after the trade was abolished, the UK government paid £20 million to former slave owners to compensate for their loss of workforce. This monumental loan was paid off in 2015, but not by the government. Instead, it was British taxpayers who settled the initial loan from the treasury.

The issue arises when neither people affected by slavery or Jamaica itself are paid reparations for their generational trauma.

The leader of Jamaica's opposition spoke to The Independent on the topic:

“The Opposition supports and has supported for quite a long time, the call for reparations for slavery.

“PNP has been part of the thrust to seek reparations for the ongoing effects of slavery; a commission on reparations was established some years ago and that has continued across administrations in Jamaica so I would say there’s bi-partisan support for the effort to try and get an acknowledgement of the righteousness of the cause.

“There’s also a Caricom initiative to seek reparations which Jamaica is part of and support for that initiative has been bi-partisan.”

This news comes as the UK is grappling with adjusting to a post-colonial world. However, for a huge number of people, it is not post-colonial at all. The effects of colonisation and slavery are still felt by millions today. But when people speak up, they are labelled as 'snowflakes' and 'woke', as seen recently with statues being ripped down.

END_OF_DOCUMENT_TOKEN_TO_BE_REPLACED

Though many of us cannot begin to understand the trauma still felt today, it is important to listen to the voices of those who continually battle for their right to exist. The Britain we know today is largely due to our part in colonisation and the transatlantic slave trade, so we can't reap the benefits while simultaneously denying the very real detriments it produced.

Black Lives Matter protesters in Bristol have torn down a statue of a slave trader. pic.twitter.com/T9kVrX0Rpf