How are businesses preparing for Brexit?

This week, the government launched an advertising campaign telling businesses and the public to 'Get ready for Brexit'.

The campaign has been reported to cost £100m and will see billboards and social media adverts rolled out across the UK. Michael Gove said that the adverts encourage a "shared responsibility" regarding preparations for leaving the European Union.

JOE went to speak to business owners and members of the public to ask how they're planning to get ready for Brexit.

Businesses are stockpiling goods and preparing to lose staff in the face of Brexit. pic.twitter.com/EXSDvvExMi 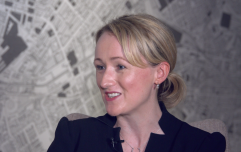 END_OF_DOCUMENT_TOKEN_TO_BE_REPLACED

"We're trying to find English suppliers," one member of staff said. "But we sell Italian goods, so we're pretty limited in what we can do."

"Obviously we're looking for more staff," another said. "Because lots of people are going back to their countries."


popular
QUIZ: Identify which European clubs these 20 badges belong to
THE JOE FRIDAY PUB QUIZ: WEEK 174
Why is Conor McGregor’s whiskey called Proper 12 and sponsoring UFC 229?
Tickets for UFC London are about to go on sale
QUIZ: Can you guess the pixelated movie posters?
Three lads managed to sneak into the $80,000 front-row seats at the McGregor fight without tickets
This is how much time most men need after orgasm before they're ready for another round