In a recent interview with Brexit Secretary David Davis, Channel 4 journalist Krishnan Guru-Murthy had the opportunity to discuss Theresa May’s recent performance on the campaign trail and the forthcoming Brexit negotiations. 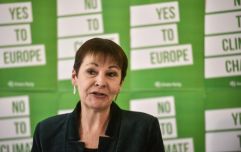 END_OF_DOCUMENT_TOKEN_TO_BE_REPLACED

Unlike May, Davis was in attendance at the recent BBC debate and after stating that the idea the Prime Minister was too scared to show up as "rubbish", Davis then discussed some recent comments that May made.

After a few introductory questions, Guru-Murthy asked Davis "why does she go around saying things that aren't true" - this was in relation to a statement that May made in which she said the Labour Party want uncontrolled migration.

After receiving an answer, Guru-Murthy then asked if the conservatives "were guaranteeing that no unskilled workers would be arriving into Britain after Brexit."

A relatively heated exchange and some cross-talk ensued as Davis remarked that "it will be managed migration, not free movement. That's the distinction." 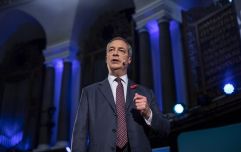 Is Nigel Farage afraid of the electorate?

END_OF_DOCUMENT_TOKEN_TO_BE_REPLACED

Prior to providing that answer,  Davis took umbrage with the fact that he was challenged to provide an clear statement to which he said "one of the reasons that brings debates into disrepute" is the fact that journalists do push politicians for an answer to specific questions.

After allowing Davis adequate time to provide an unchallenged answer, the Channel 4 journalist then offered a perfectly succinct and fair response about what really brings politics into disrepute.

Here's that specific segment along with the whole interview in full.

popular
Lisa Kudrow hits back at fans complaining about lack of diversity in Friends
James May 'hospitalised after crashing into wall at 75mph filming new show'
Landlord faces £40k fine after tenant puts swimming pool on roof of flats
Ex-teacher who got pregnant by former student plans to film birth so it can be taught in schools
The JOE Friday Pub Quiz: Week 307
Robin Williams' wife shares reason why he killed himself
Groom shocks wedding by playing video of his bride cheating with her brother-in-law
You may also like
News
UK must hold People's Vote or general election to delay Brexit again, EU says
News
Jeremy Corbyn calls for general election over Brexit
News
Theresa May promises MPs she won't stand in next general election
News
Theresa May’s team 'plotting snap general election' for November
News
Former PM John Major urges Theresa May to withdraw from DUP deal
Next Page