"When will the Prime Minister apologise for his racist remarks?"

“He’s asking for mobs of Momentum activists to paralyse the traffic… that’s his policy."

Boris Johnson faces off against Jeremy Corbyn at PMQs for the first time. pic.twitter.com/xvc69A7tCi

Corbyn criticised the PM's negotiating strategy on Brexit, and in the following heated exchange, Boris tried to draw parallels between the two parties' respective relations on the international stage.

'Jeremy Corbyn thinks our friends are in The Kremlin, and in Tehran, and in Caracas - and I think he's Caracas!'

Boris Johnson faces off with the opposition leader during PMQs. pic.twitter.com/tImKWQanGv


Boris also tried to draw parallels between the capital of Venezuela and Corbyn's mental state, seemingly forgetting that Mock The Week isn't scouting for new talent.

Today also marked the first time a British Prime Minister said the word 'shit' in Parliament. A truly momentous occasion, although Speaker of the House John Bercow did not take kindly to it.

"You wait ages for one son of a bus driver to be made Chancellor, only to be followed soon after by another."

“You wait ages for one son of a bus driver to be made Chancellor, only to be followed soon after by another.”


Boris found himself on the receiving end of criticism from the MP for Slough, Tanmanjeet Singh Dhesi, who pointed to the PM's history of alleged "racist remarks".

"When will the prime minister finally apologise for his derogatory and racist remarks?" 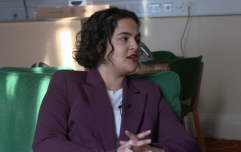 The UK's youngest MP on the racism in parliament

END_OF_DOCUMENT_TOKEN_TO_BE_REPLACED

Singh Dhesi called on Boris to apologise for "derogatory and racist remarks" he had made in the past, which allegedly referred to Muslim women as "looking like bankrobbers and letterboxes".

In 2017, the Slough MP became the first Sikh to gain a seat in Parliament. He spoke strongly about his own personal experience of racism in the UK.

Singh Dhesi claimed these remarks have contributed to a rise in hate crime across the UK, and also called on the prime minister to launch an investigation into supposed Islamophobia within the Conservative Party.

MPs are currently debating a bill that could potentially force Johnson to seek a delay on Brexit proceedings.

LIVE: MPs are debating a bill that could force Boris Johnson to seek a Brexit delay https://t.co/6YkKvwqZ4v

Keep up with all the goings-on at Parliament by following @PoliticsJOE_UK on Twitter.


popular
Thank you Sander Berge for allowing Manchester United fans to dream again
Liverpool are planning two victory parades for Premier League and Champions League
A definitive ranking of every swear word from worst to best
THE JOE FRIDAY PUB QUIZ: WEEK 175
Tickets for UFC London are about to go on sale
How long does it take to start seeing results from the gym?
Jake Paul wears YouTube belt in ring before Luis Ortiz fight with Travis Kauffman

You may also like
Politics
Labour leadership: Who is Rebecca Long-Bailey?
Politics
Laura Smith: From Westminster to the Job Centre
Politics
The child refugee separated from his only living family member
Politics
Seven reasons the world doesn't need a US-Iran war right now
Sport
The JOE Friday Pub Quiz: Week 172
Next Page