Boris Johnson has said that he hopes to serve the UK as Prime Minister for another decade in the hopes of beating Margaret Thatcher's 11 years in office, reports The Times.

END_OF_DOCUMENT_TOKEN_TO_BE_REPLACED

Setting out his plans for the 2024 election for the first time, Johnson said the public would be able to see his “great, great project” of progress across the UK. “It’s going to take a while, it’s going to take ten years,” he said.

The Times reports that Johnson has told Ministers he wants to outlast Thatcher, and he views this weeks National Insurance rise as a vital part of his legacy.

The Prime Minister is said to want to 'build a legacy' with more funding to the NHS and social care, through a planned rise in national insurance.

Dominic Cummings had previously said that Johnson wouldn't last in number 10 as he was merely there to make money.

"Boris will want to go on and on," a cabinet minister told The Times.

"The stuff Dom [Cummings] was saying about him going off into the sunset [to make money] was nonsense. He’s very competitive. He wants to go on for longer than Thatcher." 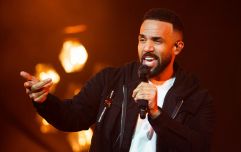 END_OF_DOCUMENT_TOKEN_TO_BE_REPLACED

His goals include addressing the 'catastrophic' economic mistakes of the past four decades and use Brexit to solve inequalities across the UK.

The Times quoted Johnson as saying, in an upcoming book by Financial Times journalist Sebastian Payne: "I do think the risk is if we were to be stopped, if we were to be pushed out, the whole thing will slump back."

"We will be back into half of the things of the European Union before we could say it."

popular
Mum and boyfriend arrested after three children found living next to remains of eight-year-old brother
UFC star Paddy The Baddy explains why he's 'Scouse not English'
Dave Grohl responds to Nirvana lawsuit: "He's got a Nevermind tattoo, I dont"
Chilling footage shows rapper killing rival gang member in drive-by shooting
Exclusive: RZA opens up about ODB signing with Roc-A-Fella and how it wasn't supposed to happen
Cigarette and tobacco prices to rise at 6pm today
TikTok star arrested for murdering wife and man could face death penalty
You may also like
Sport
Gary Neville hits back at United fans, claiming 'anything goes' in Johnson era
Entertainment
Jeremy Clarkson says 'f**king government' will 'c**k everything up' as he collects award
News
Here we go again - the government says book your Xmas party. What's 'Plan B'?
News
Downing Street issues winter warning as daily Covid cases near 50,000
News
Sir David Amess: Southend to get city status in honour of MP
Next Page