Boris Johnson is 'the most accomplished liar in public life', says ex-cabinet colleague

Rory Stewart has gone in on the Prime Minister

Boris Johnson has been labelled 'the most accomplished liar in public life' by Rory Stewart, a former cabinet colleague who lost out to Johnson in the Tory leadership contest.

END_OF_DOCUMENT_TOKEN_TO_BE_REPLACED

Writing in a review of The Gambler, Tom Bower's biography of Boris Johnson, Stewart said the Prime Minister was lacking in the moral virtues you would typically find in a politician of his standing.

"Johnson is … the most accomplished liar in public life - perhaps the best liar ever to serve as prime minister," Stewart said.

Stewart, who left the Conservative Party in 2019, disagreed with the author's favourable impression of Johnson.

"He [Johnson] has mastered the use of error, omission, exaggeration, diminution, equivocation and flat denial. He has perfected casuistry, circumlocution, false equivalence and false analogy.

END_OF_DOCUMENT_TOKEN_TO_BE_REPLACED

"He is equally adept at the ironic jest, the fib and the grand lie; the weasel word and the half-truth; the hyperbolic lie, the obvious lie, and the bullshit lie - which may inadvertently be true."

Tell us what you really think, Rory.

Boris Johnson claims to have been influenced by the ancient Greek philosopher Aristotle and prominent Greek statesman Pericles, but Stewart believes these comparisons are way off.

The former Member of Parliament for Penrith and The Border said: "[Johnson shows a] lack of so many of the … virtues listed by Aristotle - temperance, generosity (he is notoriously reluctant to reach for his wallet), realistic ambition, truthfulness or modesty - it is startling." 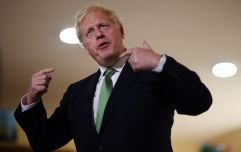 END_OF_DOCUMENT_TOKEN_TO_BE_REPLACED

After losing out to Johnson in the Tory leadership contest, Stewart was subsequently expelled by him from the Conservative parliamentary party.

He left the Tories last year, and is now an Independent.

Rory Stewart previously criticised the government's lockdown policies, saying Johnson and co did not act fast enough in tackling the emergence of the coronavirus.

“This is the most serious epidemic since the end of WWI. You can use the police to enforce emergency measures, and call out the military to support.”

Rory Stewart says the government has responded too slowly to coronavirus, and that tough measures need to be taken now. pic.twitter.com/Usb2mKf2nE