I can think of no greater tragedy to have befallen London this year than the silencing of Big Ben.

The great bell of the Elizabeth tower, the very pulsating organ of England itself, will hang tacet, the victim of a conspiracy of clipboard wielding tut-tutting little fusspots and Marxists whose detestation of the bell is exceeded only by their detestation of the razor blade.

Beside their petty interventions, the invasions of Germany's National Socialist party pale into significance. Big Ben rang out on VE-Day in 1945 as England defeated Germany, albeit after extra time following the unhelpful meddling of the Americans. It would have rung out with equal gusto had Herr Hitler and his forces prevailed and a provisional government been formed to govern the United Kingdom by proxy, in which recently published papers show I was earmarked for a key role. (Like a great bell, a great statesman must be prepared to swing both ways).

Small wonder that grown Conservative MPs, who admirably reserve their tears and sorrow for extremely important matters such as surprise hung parliaments, were bawling like spanked infants as crowds gathered to hear the great bell resound for the last time.

England has been rendered eunuch; and, as we know, one cannot spell the word “eunuch” without the letters “EU”, proof perfect, I fancy, that Belgium's interfering, business-hampering little red tape Thuggees were responsible for drafting the regulations that have led to Britain's darkest hour, one which will go unmarked by even a single bong.

At the heart of the ruling is a bizarre insistence that those working on refurbishing and maintaining the tower might suffer damage to their eardrums if exposed to the regular pealing of the giant bell at close quarters. This seems to be based on an entirely false premise; that the working classes have ears capable of listening. They were deaf to the reasonable cautions issued by the moderate British press in the recent General Election against voting for Mr Corbyn, running as he did on a platform of a resumption of IRA mainland public house bombings and mandatory beard growth. They would, it follows, be equally deaf to the chimes of Big Ben even from ten feet away.

How will the void left by Big Ben by filled? What is to happen on New Year's Eve festivities for example? Is the new year to be heralded by Mr Jools Holland, pounding out the nine-note theme on his pianoforte? If so, to the barricades. Moreover, we must bear in mind what the respected journalist Mr Trevor Kavanagh has referred to as the Muslim problem; their problem being that they are genetically capable of passing an empty tower without climbing to its top and yelling incoherently from it. Miss Melanie Phillips forewarned us of such a scenario in general terms several years ago in her prophetic text Londonistan. Now it seems almost certain to come to pass. 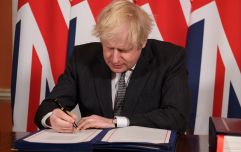 END_OF_DOCUMENT_TOKEN_TO_BE_REPLACED

Big Ben represents something that no socialist Muslim Belgian could ever understand. It serves more than to signal the time of quarter past four and for members of the Garrick Club to awake from their postprandial slumber. It signifies all that is comely about This England. Mr Ian Carmichael pursuing a red bus and colliding with a pretty girl, leading ultimately to romance despite the wanglings of the bounder Terry-Thomas. Lyons tea rooms. Vintage cars setting off to Brighton on the annual run. Friendly police officers fetching buskers a sharp clip round the ear for playing Caribbean kettle drums without permission from the Lord Chamberlain. Nervous homosexuals awaiting a guilty verdict at the Old Bailey. Senior members of the Royal Family, military and civil service gathering in conference in the War Rooms to debate contingency plans in the event of a Labour government.

Is all of this to be sacrificed on the altar of Health And Safety? Replace the “ealth” in “Health” with “itler” and the “afety” in “Safety” with “talin” and you see how we are but a few transposed letters away from the threat of global tyranny.

It is, of course, arrant, dangerous nonsense, designed to stifle English enterprise and line the pockets of bureaucrats. First it is water wings for small children at the public baths, next it is bells, then shortly after that the concentration camps.

Thankfully, in dealing with my own manservant and employee Seppings, there is no cosseting consideration of health, or safety whatsoever. He is quartered in a septic tank adjacent to a cesspit on my grounds, covered by a piece of tarpaulin.

No doubt Health and Safety would sniffily insist that he were rehoused in the dog kennels during inclement weather but then what would become of my three hounds, Enoch, Widdecombe and Satan? The animals would have to be destroyed and Seppings ordered to scale Big Ben's tower at dead of night with a length of rope and their corpses on a sack and suspend the dead animals from the handles of the clock, by way of an impassioned protest against the raving, frothing madness that is engulfing this once fair and sane country of ours.

popular
Rio Ferdinand recalls Roy Keane sparking out United youngster in training
The best La Liga goals of the weekend
PlayStation and Xbox users will now be able to play against each other online
Student sent home from school because her outfit "made teacher feel uncomfortable"
A definitive ranking of every swear word from worst to best
Here's how to see who's been taking screenshots of your Instagram Stories
Only half of young people say they are exclusively attracted to the opposite sex
You may also like
News
How to apply for a free Global Health Insurance Card
News
Brexit "considerably worse" than expected, says JD Sports chairman
News
Jacob Rees-Mogg mocks plight of British fisherman with joke about 'happier' fish
News
Fisheries minister didn't read Brexit bill because she was busy with nativity
News
Boris Johnson's dad has applied for French citizenship
Next Page