Brought to you by Open Money

“I think the numbers speak for themselves”

Entrepreneur Anne-Marie Huby started her career as a journalist, first on the radio in Belgium, and then for the Birmingham Post, before becoming the UK head of charity Médecins Sans Frontières.

It was in 1999 that she co-founded JustGiving, the UK’s first online charity platform, with Zarine Kharas, and by June 2016 they had raised over £4 billion for good causes around the world. The duo sold the company for £100 million last summer.

Anne-Marie Huby is this week’s guest on Pioneers With John Amaechi, JOE’s new show which aims to get into the minds of Britain’s brightest entrepreneurs.

On the episode, Amaechi speaks with Huby about how to combine business with philanthropy.

Amaechi brings up the sometimes-controversial issue of JustGiving’s fees – and in particular, the case of Stephen Sutton, the late blogger who raised over £3 million for the Teenage Cancer Trust before his death in 2014, aged just 19. JustGiving faced criticism that it did not waive its regular fee. 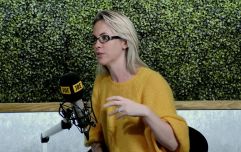 Why food waste is one of the biggest problems facing humanity

END_OF_DOCUMENT_TOKEN_TO_BE_REPLACED

“We knew Stephen well,” says Huby. “We did make a very significant donation to the cause, and we have done that on a number of occasions, when one of our fundraisers died while fundraising on JustGiving, we contributed.”

“He chose JustGiving because he knew he’d raise more money.”

“He’s raised, and his family are proud to have raised, on this platform, more than they ever imagined. And that’s because this platform is funded by a small fee, that enables it to do exactly that.”

“I think the numbers speak for themselves,” she continues. “There are cheaper platforms. There are even some that are free. But they are raising a fraction. It’s a choice. If you’re in the business of changing the world, and you’re a charity, or an activist like Stephen was, you can go and raise small amounts of money and feel good about the fact it’s cost very little or you can raise millions and actually leave a massive legacy.”

Catch the full episode now on YouTube and on your podcast provider.


popular
The JOE Friday Pub Quiz: Week 219
Funeral parlour workers pose with Diego Maradona's body in coffin
A definitive ranking of every swear word from worst to best
Tyson Fury: Going bald is beautiful and should be embraced
Can you get more than 12/15 in this childrens' TV quiz?
Donald Trump mocked for delivering speech at tiny little table
Lidl have released a Pigs In Blankets Pizza for Christmas

You may also like
Entertainment
Behold the world's fastest wheelie bin
Sport
Speedo Mick: Walking Britain in his swimming trunks for charity
News
Stacey Dooley hits back at MP's criticism of 'white saviour' selfies with African kids
News
O2 customers are being urged to donate their data outage compensation to the homeless
Sport
FIFA 19's Alex Hunter signs up for Juan Mata's Common Goal
Next Page