It's already being described as an "uber rip off"

We're all guilty of giving apps too much information about ourselves. But when you hit accept and download Uber you give the company the permission to know far about you than you'd think.

Uber’s head of economic research Keith Chen, openly admitted this week in an episode of NPR’s The Hidden Brain that Uber tracks customers battery level and increases surcharge when they know you're running out of juice. 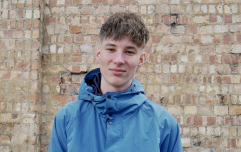 END_OF_DOCUMENT_TOKEN_TO_BE_REPLACED

Uber also knows users are more willing to accept a 2.1x surge than 2.0x one, this is because of phenomenon called "charm pricing"; the same reason that loo roll costs £2.99 instead of £3.00.

Chen called it an “interesting kind of psychological fact of human behavior,” but promised that the company is not using that data to price gouge riders. 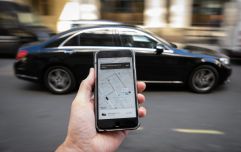 END_OF_DOCUMENT_TOKEN_TO_BE_REPLACED

Meanwhile, "everyone's personal driver" has also admitting to experimenting with the possibility of Driverless Cars over the next few years, which could see them reducing their number of employees and letting go of a lot of drivers.

If you too are feeling a little exploited, don't worry. So is the whole of Twitter...

That $10 power bank will pay for it self!
Uber knows dying batteries makes you accept surge pricing https://t.co/tTo6jOTQZh

How do you feel about the latest Uber news? Let us know at [email protected] or message us on Facebook.

popular
Landlord faces £40k fine after tenant puts swimming pool on roof of flats
Graeme Souness under fire for calling football a ‘man’s game' while sat with Karen Carney
Man with laughing condition like The Joker accused Joaquin Phoenix of stealing his persona
Comedian cancelled after ‘getting his penis out on stage’ during Edinburgh Fringe Festival
Incredible case of the only known individual whose parents were two different species
Man 19 years older than his wife shocked to learn he had met her when she was a baby
JK Rowling told 'you are next' after stabbing of acclaimed author Salman Rushdie
You may also like
News
Uber CEO says company are considering cannabis delivery
Coronavirus
Woman charged for coughing on Uber driver and ripping off his mask
News
Uber to introduce holiday pay and pensions for UK drivers after court defeat
News
Woman who coughed on Uber driver says she’ll use Lyft, Lyft bans her
News
Uber riders will be able to pay their driver to shut up
Next Page