Yaya Toure has been charged with drink driving, police confirm

A bad day for Manchester City just got even worse.

News has emerged this evening that Manchester City star, Yaya Toure, has been charged with a drink driving offence.

Toure played in today's top of the table clash with Chelsea at the Etihad stadium, coming on a 78th minute substitute for Ilkay Gundogan. 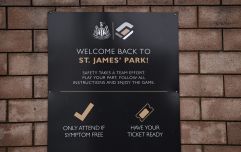 END_OF_DOCUMENT_TOKEN_TO_BE_REPLACED

Although Man City went 1-0 up through a comical own-goal from Gary Cahill, Chelsea went on to win 3-1 in a game that was marred in controversy, due to the ugly scenes at the end of the game where Sergio Aguero and Fernandinho were both given their marching orders.

Toure was only recently re-introduced into the Manchester City squad after apologising for 'misunderstandings' relating to comments made by his agent.

Police have stated that Toure was charged on Tuesday and that he was above the legal alcohol limit.

The alleged offence, Police have said, took place in the Dagenham area of East London.

Toure is due to appear at Barkingside Magistrates' Court on December 13 after receiving bail.

As of the time of writing, Manchester City have yet to make any comment.