Why Gary Lineker, Lily Allen and you shouldn't comment

Don't comment if you're poor or disadvantaged, because you're a scrubber and a scrounger and basically a waste of space.

Don't comment if you've got any affiliation with a political party or social movement, or have previous for mouthing off about issues that matter to you, because you clearly have an agenda.

Don't comment if you've not commented about this before, because you're out of your depth and need to stick to what you know and what about all the other things in the world you're not commenting upon?

Don't comment if you're brown or black or Muslim or Jewish or gay or trans or bi, because you just need to get over yourself and stop playing the victim all the bloody time.

Don't comment if you're none of the above because you're just a bleeding heart liberal leftard, who jumps onto bandwagons that have nothing to do with you. Wind your fucking neck in.


Don't comment if you're a woman because you're getting ideas above your station and you're too pretty to be worrying about that, or maybe you're just one of them feminazis and probably a lesbian. 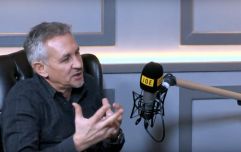 END_OF_DOCUMENT_TOKEN_TO_BE_REPLACED

Don't comment if you're rich or famous because you're a luvvie and you don't live in the real world, and why don't you open your own fucking home to them? Just like we take in orphans when we donate to Children In Need.

Don't care. Don't worry. Don't have compassion. Don't comment on anything or anyone that's not us. Don't question what 'us' is. Don't be offended. Don't feel guilty. Don't get angry. And don't fucking cry.


popular
A definitive ranking of every swear word from worst to best
'Time traveller from 2030' passes lie detector test over future predictions
This is how much time most men need after orgasm before they're ready for another round
The definitive ranking all 151 original Pokémon from worst to best
The JOE Friday Pub Quiz: Week 193
Here's how to recover all your deleted Facebook photos and messages
Boris Johnson challenged to say 'Black Lives Matter' in parliament

You may also like
Politics
Gary Lineker on Brexit and Twitter pile-in culture
Sport
Alan Shearer mocked by Wembley's big screen for not winning FA Cup
Sport
Gary Lineker refuses to apologise for celebrating Lionel Messi's stunner against Liverpool
Football
Gary Lineker and Rio Ferdinand celebrated Messi's free-kick exactly like the rest of us
Football
Gary Lineker wants to experiment with change of rule after Manchester United vs. Barcelona
Next Page