We honestly didn't think Conor McGregor and Vladimir Putin would be mentioned in the same breath today, but here we are.

A featurette on the featherweight champion from Russian station Match TV has surfaced online and there's one part which seems a little fishy to us.

Most of the program is pretty standard stuff. A camera crew follows McGregor around Hollywood as he greets fans, checks out suits and gets to work in the gym. There are also interviews with his Russian-born training partner Artem Lobov, his girlfriend Dee Devlin, his movement coach Ido Portal.

While perusing the suits in the shop, the camera cuts to The Notorious holding up a phone showing an abysmally photoshopped picture of himself shaking hands with the president of Russia, Vladimir Putin. 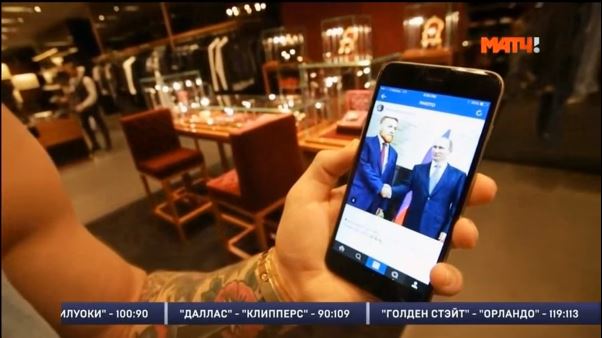 END_OF_DOCUMENT_TOKEN_TO_BE_REPLACED

McGregor then confesses his admiration for Putin and complimented the spirit of the Russian people.

"Putin is a cool man, a martial artist also. Takes no shit. Russian people are strong people. They can spot a bullshitter from a mile away."

Bizarre, right? Check out the odd moment below or if you want to see the whole feature, you can check out parts one and two, but be warned, it is in Russian.