The first images of one of the themed lands at a new UK theme park have been released, including a sneak-peek of a 70 mph rollercoaster. The images released show a dinosaur-themed land, with featuring the Quetzalcoatlus rollercoaster. 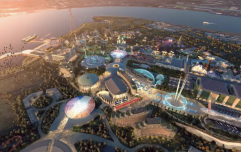 Park dubbed 'UK Disneyland' confirmed to go ahead next year

END_OF_DOCUMENT_TOKEN_TO_BE_REPLACED

Named after a real dinosaur species, the ride will recreate what experts believe was the real flight path of the creature, by staying close to the ground, flying across treetops, skimming across water, and travelling through rocky canyons.

It is also set to be one of the fastest rollercoasters in Europe, reaching speeds of 70 mph across one-kilometre worth of track.

Earlier today the @LondonResort revealed new concept art about one of the areas that’ll feature at the park. Base Camp will be a dinosaur themed area with 2 roller coasters and various other themed experiences! pic.twitter.com/UewKPTK4D0 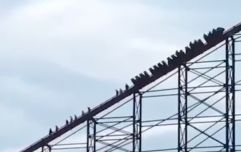 Blackpool rollercoaster ‘breaks down near top forcing passengers to walk down’

END_OF_DOCUMENT_TOKEN_TO_BE_REPLACED

The ride will be part of the 'Base Camp' zone at the new theme park, and will be dedicated to "dinosaurs, adventure and the legacy of unsung heroes of palaeontology," the Mirror reports.

PY Gerbeau, CEO of London Resort Company Holdings told the paper: "Base Camp's design is based on a philosophy of what an actual, modern day, prehistoric nature reserve might look like.

"There will be thrills, spills and high energy rides combined with opportunities to get up close and personal with some of the most amazing creatures ever to walk the earth. However, unlike popular films that depict dinosaurs as villains, things don’t always go terribly wrong here. We are building a land of preservation and celebration of dinosaurs."

The London Resort will built on the Swanscombe Peninsula in Kent and is set to cover about 465 hectares, which is the equivalent of 136 Wembley Stadiums.

The project has already signed deals with Paramount Pictures and BBC and ITV Studios. Currently the resort is in the planning stage, but there are hopes that it could open in 2024.

popular
Amber Heard's lawyer becomes annoyed as Johnny Depp's team interrupts her testimony multiple times
ITV's The Chase star opens up on divorce from ex-wife who is his cousin
Boris Johnson slams Jurgen Klopp for defending Liverpool fans booing national anthem
Liverpool fans were right to boo the national anthem
Johnny Depp’s fans are all saying the same thing about his lawyer
Doctor Strange star jailed for eight years over child sex offences
Lip readers analyse what Johnny Depp’s lawyer told him as they celebrated in court
You may also like
Life
How to overcome your worst fears
News
Alton Towers have released photos of their new rollercoaster and it looks incredible
Life
Watch as man and pigeon collide on high-speed rollercoaster
News
Alton Towers owner pleads guilty over ride crash
Life
Video: The stomach-churning new Batman roller coaster at Six Flags Over Texas
Next Page