The newspaper, National Enquirer, has come under heavy scrutiny after it created a series of attractions based on some of its biggest stories at a theme park in Pigeon Forge, Tennessee. 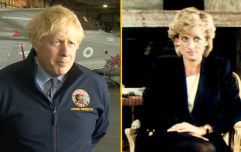 END_OF_DOCUMENT_TOKEN_TO_BE_REPLACED

The theme park has attractions based on stories ranging from the OJ Simpson court case to Princess Diana's fatal car crash in 1997.

One attraction features a model of Michael Jackson in an oxygen chamber. As visitors walk past the deceased singer, it turns to look at them before going back to sleep. Weird.

The interactive Diana attraction has got the most criticism though, with many saying it is in bad taste given the tragedy of the event.

But attraction manager Robin Turner has put forward her counter argument, telling the Daily Beast: "It shows the pathway as [Diana] left the Ritz hotel, and the paparazzi chasing her, and the bang-flash that we think blinded the driver - and how it happened."

Park spokesperson Rick Laney has also said he believes the controversial attractions are in the public interest. 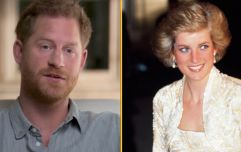 END_OF_DOCUMENT_TOKEN_TO_BE_REPLACED

Visitors will then be asked to comment on how they think Diana died and will be introduced to some conspiracy theories. The Royal Family have not issued comment on the issue.

It's appalling that a theme park will feature such tragic event; the death of #PrincessDiana! #NationalEnquirer pic.twitter.com/WMZukzOC2j

popular
Bartender sends boss brutal three-word response after 3am text
NHS doctor facing deportation because 'she can't speak English'
Woman starts driving over Insulate Britain protestor in furious standoff
18 months on, Liverpool vs Atletico Madrid from the fans who were at Anfield that night
Outcry after woman sentenced to four years for miscarriage of 17-week-old foetus
News host was having absolutely none of Nigel Farage's claims on Monday night
The FootballJOE Pub Quiz: Week 10
You may also like
Social Media
Princess Diana's statue is getting roasted on social media
Entertainment
The Crown creator Peter Morgan defends fabricating scenes in season four
Entertainment
First photos of Princess Diana and Margaret Thatcher in The Crown revealed
Entertainment
Elizabeth Debicki cast as Princess Diana in The Crown
Life
Six questions about the Princess Diana memorial that need answering
Next Page