KFC outlet had traces of poop in its ice, BBC report finds

BBC show 'Rip Off Britain' has made a discovery at KFC to turn your stomach - or at least turn you off your food.

Researchers were stunned to find bacteria from faeces found on ice that was served in a KFC restaurant in Birmingham.

The discovery was made while undertaking a look into the food hygiene of a number of fast-food and coffee outlets in the UK. Dr Margarita Gomez Escalada, a scientist who found the bacteria, said anyone who consumed the tainted ice would be at risk of becoming ill.

She told the programme:

"We found high levels of bacteria in the ice. The presence of faecal coliform suggests that there's faecal contamination either on the water that made the ice, or the ice itself, and so it increases the risk of getting sick from consuming this ice.


KFC said it was extremely disappointed and had launched an investigation. 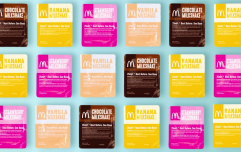 END_OF_DOCUMENT_TOKEN_TO_BE_REPLACED

The episode of Rip Off Britain, included undercover researchers visiting a branch of Costa in Loughborough, the Chicken Cottage in Hampstead, a Café Nero in Bath and the Wimpy in Basildon, as well as the KFC at Martineau Place in Birmingham.

When there, they asked for a glass of tap water with ice, which is a good indicator of behind-the-scenes hygiene.

Most of the samples that were taken turned up with harmless levels of bacteria when tested, Rip Off Britain said.

What do you think of the KFC discovery? Had any odd experiences in fast food restuarants? Send in your thoughts to [email protected], or drop us a message on Facebook.

You may also like
Food
How to make your own Big Mac at home
News
McDonald’s Monopoly 2019: All you need to know
Food
McDonald's is launching its first-ever vegetarian Happy Meal option
Food
People are so desperate to taste this burger that it's being resold for 10 times the price
Food
Nutritionist explains it's better to eat TWO burgers, rather than a burger and fries
Next Page