It's all change in politics after the Referendum.

The UK is leaving the European Union, David Cameron is resigning, we're getting a new Prime Minister. 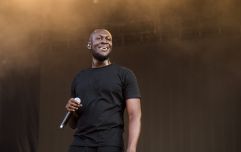 END_OF_DOCUMENT_TOKEN_TO_BE_REPLACED

And grime artist Stormzy says he's up it.

Yes, the MOBO award winner (and one of JOE's favourite musicians at the moment) announced his interest in entering the political arena.

The grime MC, who had a banner year last year following the releases of Shut Up and It's Not That Deep, admits that while he's political knowledge may be limited, he's more than willing and able to help.

After a few tweets, Stormzy was away, and a new grassroots political campaign was formed. 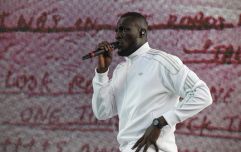 END_OF_DOCUMENT_TOKEN_TO_BE_REPLACED

One fan mocked up a fresh political poster for Stormzy with excellent slogans "Make UK Merky" and the Shut Up lyric, "If You Don't Rate Me, Shame On You."

@Stormzy1 I work at KOKO and we can arrange your election office to be there, since you come and visit us pretty often anyways #stormzyforPM

And lo, a movement was formed. Thank you Stormzy, we'll be sure to turn up when you start debating MPs.

See you next month in Thorpe Park too?