Some guy dressed up as Batman and took on the clowns

He's both the hero Cumbria deserves and the one it needs right now.

If you've got a clown problem - and the UK evidently does - then who better to call upon than The Dark Knight himself? It must be an unusually uneventful month on the meant streets of Gotham, as Batman has been spotted doing his thing in Whitehaven. 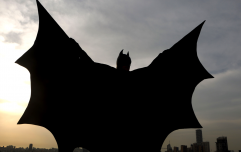 END_OF_DOCUMENT_TOKEN_TO_BE_REPLACED

Sinister, weapon-brandishing clowns have been targeting primary schools, leaving children all over the country terrified. Teachers and police are doing all they can to clamp down on the face-painted miscreants, but sometimes you just need the Batman.

According to BBC Cumbria's Facebook page a costume company and group of general society do-gooders called Cumbria Superheroes got wind of the 'killer clown' craze hitting the North West county, so they sent the Caped Crusader to sort shit out.

In a picture shared to the social media site, Bats can be seen chasing a clown into the night. It doesn't look as though the semi-vigilante has had to use his fists yet, but his crime-fighting efforts seem to be doing the trick.

One child wrote to the superhero to thank him for allowing them to return to school without worrying about a random clown showing up.

The letter, which was shared by the youngster's mum, read:

So next time a dickhead in a clown suit is seen causing trouble in your area, get your hands on a Bat-Signal and light that thing up. He always answers the call.