She came under intense scrutiny after defending Piers Morgan

Sharon Osbourne has been accused of gaslighting her co-host, Sheryl Underwood, following their row about Piers Morgan.

On The Talk, Osbourne said she had been branded as "a racist" after taking to Twitter to defend her close friend, Piers Morgan.

. @piersmorgan I am with you. I stand by you. People forget that you’re paid for your opinion and that you’re just speaking your truth.

Osbourne said: "I feel even like i'm about to be put in the electric chair because I have a friend who many people think is a racist, so that makes me a racist. 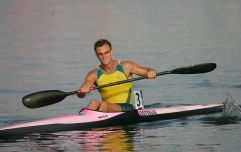 END_OF_DOCUMENT_TOKEN_TO_BE_REPLACED

"How can I be racist about anybody, or anything in my life?"

Osbourne appeared visibly emotional during the row, but became frustrated when her co-host started to cry.

She told co-host Sheryl Underwood: "Don't try crying. If there's anyone that should be crying, it should be me!"

Fans of the show were shocked by Sharon's remarks. One tweeted: "I'm really disappointed in Sharon Osbourne telling Sheryl Underwood she shouldn't be crying but instead she (Sharon) should be the one crying."

I’m really disappointed in Sharon Osborne telling Sheryl Underwood she shouldn’t be crying but instead she ( Sharon) should be the one crying. That’s the privilege! @TheTalkCBS #thetalk END_OF_DOCUMENT_TOKEN_TO_BE_REPLACED

Osbourne questioned her co-host about the racist comments Piers had supposedly made.

Underwood said: "It’s not the exact words of racism, it’s the implication and the reaction to it. To not want to address that because she is a Black woman and to try to dismiss it, that’s what makes it racist."

However, Osbourne attempted to defend Piers Morgan throughout the show.

"I support his freedom of speech. I’m not racist and neither is Piers racist. It’s a terrible, evil word to call anyone that’s not knowledge of that," she said.

"What have I ever said about anybody that’s racist? It’s not within me. It’s not in my soul."

Fans of the The Talk said they felt "sorry" for Sheryl Underwood during the show.

No one should be surprised by Sharon Osbourne's behavior. She has been consistently loud in her willful stupidity (about race) throughout the years.
The public gaslighting might be a new lil twist tho.