Scotland had a shaky night

In the dead of night, a 3.1 magnitude earthquake shook Scotland in the early hours of November 16, the United States Geological Survey found (USGS). 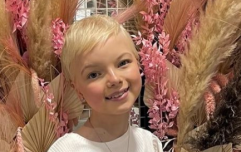 END_OF_DOCUMENT_TOKEN_TO_BE_REPLACED

The earthquake is said to have occurred just before 2 am with its epicentre 11 miles northwest of the town of Lochgilphead.

While more than 30 people reported they had felt a tremor, such reports were widespread from Edinburgh and Northern Ireland locations.

One resident wrote on social media: “Nothing like an earthquake to jolt you up. That’s the biggest one I’ve felt. Whole house shook.

“I’m in Tarbert Argyll. I’ve never felt one that big, everything in my room shook.”

Data from Geological survey’s shows that the UK actually experience between 200 and 300 earthquakes every year, with tremors usually between 3.0 and 3.9.

The centre was near Lochgilphead/Via Getty

On June 7 1931, The North Sea earthquake clocked an impressive 6.1 magnitude and set itself in the history books are the largest earthquake ever in the UK.

For context, the highest ever recorded earthquake came on May 9 1960, but this time in South America. 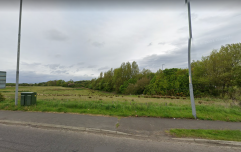 END_OF_DOCUMENT_TOKEN_TO_BE_REPLACED

The Valdivia earthquake, which took place in Chile, registered as 9.5 on the Richter scale, and it comes as no surprise that it displaced, killed, and injured hundreds of thousands of people.

So while the UK never experiences earthquakes of such colossal magnitudes, any ground shaking is completely terrifying.

USGS describes an earthquake as: “The shaking will feel violent and it will be difficult to stand up. The contents of your house will be a mess. A large earthquake far away will feel like a gentle bump followed several seconds later by stronger rolling shaking that may feel like sharp shaking for a little while.”