Mueller has submitted his report to the attorney general

Special counsel Robert Mueller has submitted his report on the investigation into collusion between Donald Trump and Russia to the attorney general William Barr.

News broke on Friday evening that Mueller had concluded his investigation into allegations of Russian interference in the 2016 US presidential election.

In May 2017, Mueller was appointed by deputy attorney general Rod Rosenstein as special counsel for the Department of Justice, and was tasked with investigating "any links and/or coordination between the Russian government and individuals associated with the campaign of President Donald Trump, and any matters that arose or may arise directly from the investigation".

BREAKING —> Mueller has submitted his report to the Justice Department, officials say. 1/x


Throughout his time as special counsel, Mueller - director of the FBI from 2001 to 2013 - has been subject to regular and furious verbal attacks from president Donald Trump. 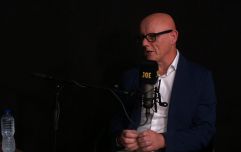 END_OF_DOCUMENT_TOKEN_TO_BE_REPLACED

So far, Mueller's investigation has led to the convictions of a number of members of Trump's campaign team - most notably former campaign chairman Paul Manafort and Trump's former lawyer Michael Cohen. Trump ally and adviser Roger Stone has also been indicted.

Shortly after news broke of Mueller's submission of his report, White House press secretary Sarah Sanders said that the White House looks forward to the process taking its course.

The next steps are up to Attorney General Barr, and we look forward to the process taking its course. The White House has not received or been briefed on the Special Counsel’s report.

What happens next depends much on Barr himself. The report is confidential, but it is at his discretion whether to make either part or all of the report public.

The US House of Representatives voted 420–0 on March 14 to urge Barr to do just that.


popular
How many times can you see the number 3 on this iPhone screen?
The JOE Friday Pub Quiz: Week 185
The Sun shamefully doctor image to suggest Jeremy Corbyn was 'dancing' on Remembrance Sunday
The JOE Friday Pub Quiz: Week 183
QUIZ: Rock and alternative albums of the early 2000s
Personality Test: Which Brooklyn Nine-Nine character are you?
QUIZ: Name the players to have scored the most free-kick goals in the Premier League