"If you don't condemn it, you are complicit"

Priti Patel has come under heavy scrutiny for failing to condemn Donald Trump in an interview with Sky News about the violence that occurred at the US Capitol in Washington DC on Wednesday evening.

END_OF_DOCUMENT_TOKEN_TO_BE_REPLACED

Trump supporters stormed into the US parliament building as Congress were in the process of certifying Joe Biden's election victory, causing havoc in an unprecedented attack on democracy. At least four people died amidst the violence, while 52 arrests were made.

Trump's response was predictably poor, as he encouraged protesters to pack it in and go home, reassuring them that "we love you" and they "you're very special." The video in which he made these remarks was flagged by Twitter, who disabled likes and replies to the tweet. All of Trump's social media accounts have since been locked.

Speaking to Sky News on Thursday morning, UK home secretary Priti Patel condemned the violent actions of the protestors, but has been criticised for not name checking the outgoing president in her condemnation.

Asked by Sky's Niall Patterson what it would take for Patel to condemn Trump's actions, Patel responded: "I think absolutely, the violence, you know, should stop and he should condemn everything that has taken place. There's no question about that at all.

"Someone was shot, people have died. This is terrible. Terrible beyond words, quite frankly. And there is no justification for it."

Patterson then reminded her that senior figures int he Republican party have said Trump is complicit in what we saw on Wednesday evening.

Wow! Priti Patel refuses to condemn the actions of Donald Trump for what took place in Washington DC. pic.twitter.com/Wzzb02g0Y9 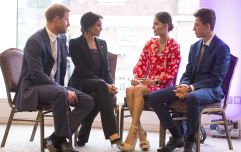 END_OF_DOCUMENT_TOKEN_TO_BE_REPLACED

"On that basis," Patterson said, "I think what people may want to hear from a very senior politician like yourself is a bold statement condemning the involvement of Donald Trump."

Patel replied: "He made a statement yesterday and it did very little to de-escalate the situation, so there is no question... First of all, there is no justification... You know, words of provocation are completely wrong.

"Every aspect of the violence and the activities that took place should be condemned, that is absolutely right.

"We've heard from the president-elect, we've seen shattering pictures coming out from Washington. 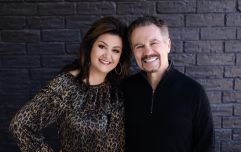 END_OF_DOCUMENT_TOKEN_TO_BE_REPLACED

"As I've said, America is a beacon of democracy and freedom, and quite frankly it's right now that they move on, they get on with an orderly transition."

Still, not one mention of Trump's name. However, it is worth noting that in a separate interview with the BBC, she did say that the president's words led the violence.

Viewers were not impressed, with many labelling the home secretary "disgraceful" and one Twitter user saying: "If you don't condemn it, you are complicit."

Failure to condemn is enabling by other means. Patel is a Trump fellow-traveller. Toxic! https://t.co/wdFzD3fa9R

Ive never seen someone use so many words to say nothing at all.

Another twitter user said "just squirming to avoid saying Donald Trump's name, is this what the Conservative party have become?"

Just squirming to avoid saying Donald Trump’s name. Is this what the Conservative party has become?

What will it take? Just what. Just say it @pritipatel say it. Ffs https://t.co/duUYH0rsTm