"I'm humbled by the bravery of an officer that would rush towards a potential suicide bomber thinking only about protecting others."

Metropolitan Police Assistant Commissioner Mark Rowley has been speaking with the press this afternoon and he provided more details regarding the recent attacks at London Bridge/Borough Market that killed seven people and left 48 other people wounded.

As we know, Met Police responded within eight minutes of the attack  commencing and Rowley said that "eight police officers fired a total of 50 bullets to kill the three London Bridge attackers."

In what was an "unprecedented" number of shots fired by police, the armed forces neutralized the three attackers.

Mr Rowley also confirmed that a member of the public had been shot during the operation and was receiving treatment in hospital.

He also said the van that was used in the attacks was recently hired by one of the attackers.


Rowley also added that: "36 people remain in hospital, suffering from a range of injuries – some of which are extremely serious. 21 remain in a critical condition. You will have heard earlier today about the British Transport Police who sustained injuries in the attack. I can confirm that an off duty Met-Officer, based on Southwark borough, was caught up in the attack. Fortunately he has not suffered life threatening injuries, but he remains in hospital in a serious condition. 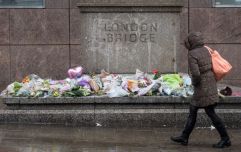 END_OF_DOCUMENT_TOKEN_TO_BE_REPLACED

"The investigation team are taking statements from hundreds of witnesses and I again appeal for anyone with information or footage of the incident to contact police. The cordons in and around the London Bridge and Borough Market area will remain in place, and we encourage the public to avoid the area as our investigation is ongoing. This will have an impact on travel arrangements as we head in to Monday morning, and would ask everyone to check with their travel operators and seek alternative routes wherever possible.

Regarding an increased police presence on the streets of London, he said: "The public can expect to see additional police – both armed and unarmed officers - across the Capital. And our security and policing plans for events are being reviewed. The public will also see an increased physical measures in order to keep public safe on London’s bridges."

You may also like
Entertainment
WATCH: John Oliver destroys the US media’s "insulting" coverage of London attacks
News
The Sun criticised by Arsenal fans for their front page headline following London terror attack
News
Chrissy Archibald is named as first victim of London terror attack and she worked with the homeless
Politics
People are expressing their utmost respect to the heroic police officers and paramedics of London
Politics
Mayor of London perfectly shuts down Trump's moronic tweet about the London terror attacks
Next Page