The disruption saw 1,000 flights cancelled or diverted and at least 140,000 passengers affected

The chief constable of Sussex Police has said that some of the drones spotted over Gatwick Airport in the week before Christmas may have actually belonged to police.

There were 115 drone sightings reported during the disruption on December 19th and 20th, with 92 coming from "credible people". However, authorities have now admitted that police drones could have been responsible for some of the sightings.

Speaking to the BBC, Chief Constable Giles York said that during the investigation "we will have launched our own Sussex Police drones at the time with a view to investigate, with a view to engage, with a view to survey the area looking for the drone, so there could be some level of confusion there."

Two drones have been found in the area, but both have now been ruled out by police.

"I don't think we have found the drone responsible for this at this time," saidChief Constable York.


"I think the fact that we have found two drones so far as a result of this does show the extent of the search that has been carried out." 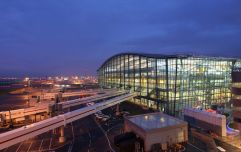 END_OF_DOCUMENT_TOKEN_TO_BE_REPLACED

"I am led to believe that we are able to rule those drones out of this investigation at this time."

A man and a woman were arrested in connection to the drone sightings at Gatwick but were later released without charge.

A previous police statement suggested that it was possible that there was no drone at all, though authorities later backtracked on that, and called it a "mess-up".