Apparently, their favourite game is 'Swinecraft'

Far from being the domain of just kids and teenagers, video games are played by everyone these days. People of all ages, and from all walks of life. And now even pigs are playing them.

END_OF_DOCUMENT_TOKEN_TO_BE_REPLACED

A new scientific paper published this week that details how four pigs were able to manipulate a joystick with their snouts and play very basic video games.

Four porcine players - Hamlet, Omelette, Ebony and Ivory - were able to move the arcade joystick to control an on-screen cursor, and make it touch one, two and three-walled targets on a monitor. 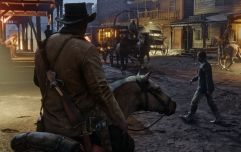 END_OF_DOCUMENT_TOKEN_TO_BE_REPLACED

When they completed the task successfully, a reward  - a food pellet - was released. However, even when the dispenser stopped working, the pigs continued to play the game, reportedly for the social contract, and the encouragement from the researchers. See, video games do bring people together.

Obviously, it is hard to definitely say if the pigs knew what they were doing, but the researchers were satisfied enough that there was evidence to say that their nosing of the joystick stick was deliberate, describing it as an "above chance".

The researchers said that to some extent, all of the pigs "acquired the association between the joystick and cursor movement".

The joystick apparatus used for testing the pigs (Frontiers in Psychology) 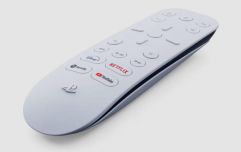 END_OF_DOCUMENT_TOKEN_TO_BE_REPLACED

"This sort of study is important because, as with any sentient beings, how we interact with pigs and what we do to them impacts and matters to them," said lead author Dr Candace Crone.

The published article goes on to say that due to the limitations of the technology used in the experiements, they may have only scratched the surface of what the animals could be capable of, suggesting that "future studies of the cognitive capacities of pigs and other domestic species may benefit from the use of touchscreens or other advanced computer-interfaced technology."

So we could have swine using iPads in the future.