The BBC has faced accusations of racism following presenting a short video asking "Is it true all black people like chicken?"

The video, which featured on BBC Newsbeat's social media channels, featured people of various ethnicities trying to discuss whether there was any truth to the racial stereotype. 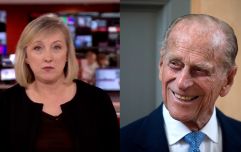 END_OF_DOCUMENT_TOKEN_TO_BE_REPLACED

A number of comments within the video included "black girls eat chicken because it makes their bum bigger"; a claim black people like eating chicken because it isn’t as bad for diabetes, which it said is "a big thing in a lot of black families"; and that it is a stereotype that is "true".

The video was widely condemned upon release, with many calling it racist.

The tweet has since been deleted, and replaced with the same video but with a different headline.

Bless, they quickly tried to fix it by adding context. 🙃 pic.twitter.com/f5VERdeRYQ

BBC Newsbeat deleted. Asking why black people like chicken. In the year of our lord 2016. During Black History Month. BOI.


Child: The bbc want to film me talking about being black and British
Mum: What you talking about?
Child: Black people and chicken
Mum: pic.twitter.com/bMGTRUVvoI 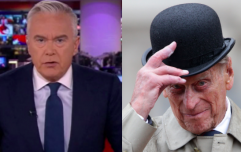 END_OF_DOCUMENT_TOKEN_TO_BE_REPLACED

It became apparent that the BBC Newsbeat video was formed as a series asking people for their thoughts on a number of racial stereotypes.

Follow up videos asked people about their thoughts around black people and swimming, as well as "Is it ok for white people to say the n word".

When asked for further comment on the series, the BBC explained,  "These short films show young people from various backgrounds discussing their experiences of dealing with different stereotypes, which accompanies a wider documentary looking at racism in the UK."