Odion Ighalo took to the sideline of the Parc des Princes after Manchester United's victory over PSG on Tuesday night and took to social media to issue an emotional appeal for global intervention into the atrocities currently taking place in Nigeria. 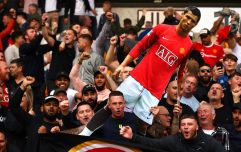 END_OF_DOCUMENT_TOKEN_TO_BE_REPLACED

The Super Eagles striker, who didn't play during the 2-1 win, said that he is ashamed of the Nigerian government, who have been accused of murdering protesters in Lagos on Tuesday evening.

Eyewitnesses in the Nigerian capital told the BBC of seeing men in uniforms shoot protesters, with reports stating that the death toll ranges from 12 to 20. There have also been reports of gangs armed with knives and other weapons attacking peaceful protesters.

Speaking to his followers, Ighalo said that he and other Nigerians "can't take this anymore".

"The Nigerian government, you guys are a shame to the world for killing your own citizens, sending military to the streets to kill unarmed protesters because they are protesting for their own rights? It's uncalled for," he said.

"You people will be remembered in history as the first government to send the military to the city to start killing their own citizens. I am ashamed of this government, we are tired of you guys and we can't take this anymore. 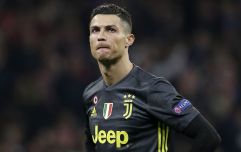 END_OF_DOCUMENT_TOKEN_TO_BE_REPLACED

Ighalo then called on people and governments around the world to take notice and put pressure on the government to end the oppression of its own citizens.

He said: "They will keep killing if the world don't talk about this."

Nigeria has been in the midst of End SARS protests in recent years - aimed at bringing a police unit accused of human rights abuses to justice - which have grown in prominence in recent weeks.

The unit, called the Special Anti Robbery Squad (SARS), was set up in 1984 and has seen allegations against it documented by organisations like Amnesty International.