A man from the US has been arrested in Dubai after traces of marijuana were found in his urine, despite smoking the drug legally in his home country before flying to the UAE.

END_OF_DOCUMENT_TOKEN_TO_BE_REPLACED

Peter Clark, of Las Vegas, now faces years in prison after marijuana was detected in his system.

Clark, who flew to Dubai in February this year, was planning to spend a couple of days looking at professional recording studios, it has been revealed.

However, Clark became ill and was admitted to hospital with pancreatitis. Before being discharged, the US citizen was made to take a urine sample to test for drugs, and residue traces of marijuana were detected in his system.

He was then reported to the police by staff at the hospital and officers arrived at the site shortly after to charge Clark.

According to the government's travel advice website, the penalties for the possession of drugs, which includes residual amounts are "severe" under UAE law.

"The Emirati authorities count the presence of drugs in the blood stream as possession," the website reads.

According to Detained in Dubai, Clark was handcuffed and escorted to Al Barsha police station, before being placed in a detention cell with three other men. 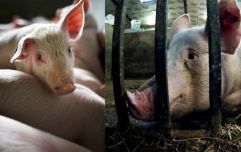 Investigation launched as pigs hammered to death at "high-welfare" farm

END_OF_DOCUMENT_TOKEN_TO_BE_REPLACED

Clark was aware of the drug laws in the UAE, and was therefore unaware of the reason for his detention, according to Detained in Dubai.

After continuing to feel unwell, the Las Vegas resident was taken to the Anti-Narcotics unit and placed in a cell with around ten other men who were arrested on suspicion of drug possession, it has been reported.
On 6 March, Clark was released and ordered to return to his hotel, where he was told he would receive contact from the police.

However, over a month on and the US resident is still in Dubai facing years in prison.

The founder of Detained in Dubai, Radha Stirling, who is representing Clark, released a statement.

He said: "The UAE's arbitrary enforcement of laws and lack of predictable legal outcomes means that Peter potentially faces years in prison for legally smoking marijuana. Even if found innocent, he can be dragged through a slow and costly legal process." 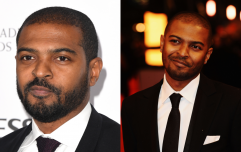 END_OF_DOCUMENT_TOKEN_TO_BE_REPLACED

He added: "Arresting someone for smoking marijuana in their own country, weeks before they even entered the UAE, is unfairly persecuting tourists who have behaved well within Dubai itself. The US State department needs to revise travel warnings to Americans who could end up arbitrarily detained."

popular
Eddie Hearn: Billy Joe Saunders will be out for a 'long, long time' after injuring eye
This Billy Joe Saunders fan is probably regretting his choice of tattoo
The JOE Friday Pub Quiz: Week 242
Piers Morgan hits out at decision to replace him with Alastair Campbell on Good Morning Britain
A definitive ranking of every swear word from worst to best
Families will be allowed to hug each other from May 17, says Michael Gove
The hardest Marvel Cinematic Universe quiz you'll ever take
You may also like
Sport
"I'll never forget that day. I can't." - The Bradford City Fire Disaster, 36 years on
Sport
Albion Rovers' David Cox retires at half-time after opponent's mental health taunt
Sport
In the shadow of the Super League, Swindon Town fans demand answers
News
Man asks cops if they'll kill him like Ma'khia Bryant
News
Ryan Giggs charged with assaulting two women and controlling or coercive behaviour
Next Page