Hope he's got enough in his pension

Amazon founder, business magnate and real-life Lex Luthor, Jeff Bezos has officially announced his retirement from being a supervill—I mean, a CEO and entrepreneur. 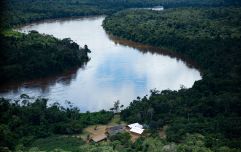 END_OF_DOCUMENT_TOKEN_TO_BE_REPLACED

While we can't say we're not glad we won't be hearing as much from him for a while - especially if he stays up in space when shoots off in a couple of weeks - this announcement is accompanied by a physically sickening statistic.

The 57-year-old is not only retiring almost a decade earlier than most people in the US do but he bows out of 'full-time' employment with a wealth of $199 billion: a figure which equates to around 739,489 times the median net worth of a retiring American, according to the US Census Bureau. Can skin actually crawl? 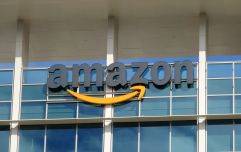 END_OF_DOCUMENT_TOKEN_TO_BE_REPLACED

To put into more context, the median net worth of 65-year-old Americans (average retirement age) is $266,400 - Bezos made almost a third of that amount just last year.

We know we've harped on about billionaires ad nauseam - the richest eight having achieved a combined wealth of a trillion dollars - but come on! Who can possibly need that much money or even now what to do with it?

Jeff Bezos made £10 billion in just one day.

You can't even conceive of how much money that is, so we're going to show you. pic.twitter.com/8ahYHjHmbQ

As mentioned, the bloke is shooting himself into space for a grand total of three minutes this month: if that doesn't tell you money has gone to a person shiny, bald head and is just spending money for the sake of it, we don't know what does. 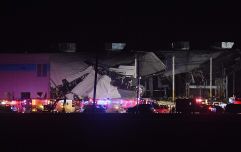 END_OF_DOCUMENT_TOKEN_TO_BE_REPLACED

We'd probably be laughing our heads off too if we were the richest man on the planet too - especially if we'd convinced enough people of our supposed philanthropy to the point that they keep forgetting we'd paid little to no income tax and were on the few people fortunate enough in the world to have made money during the pandemic.

Never mind though, eh? Old Jeffrey can put his feet up on a space rocket now and probably just focus on planning out the feng shui of his room in the first colony on Mars next door to Musky boy.