#IWD2018: International Women's Day is a time to reflect on progress - but also on how far is left to go

It is a time to recognise the achievements made in the past by and for women, and just as importantly, it’s a moment to plan for the future. In many parts of the world, women are theoretically or legally treated as well as men. In practice, this is rarely the case, and there is much more progress to be made in different countries. 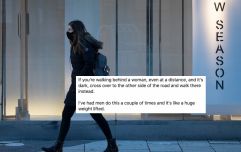 END_OF_DOCUMENT_TOKEN_TO_BE_REPLACED

We can recognise the work done by the Suffragette movement, though there is no reason to whitewash the flaws of the movement from history. If we pretend everything was unimpeachable in the past, then we can't properly identify how to best make changes now and in the future. The Suffragettes were responsible for some women gaining the vote, and ultimately universal suffrage was achieved for adults except those held in prison. On the 100th anniversary of some women being granted the vote if they had certain property qualifications, it is right to take note. There is more progress that has been made in Britain. There is now access to birth control, including - for those living outside Northern Ireland - ready access to abortion. This has meant that women have enjoyed a meaningful improvement in their liberation. By exercising more control over when some of us can conceive, we are freer to join the workforce, and freer to leave relationships - whereas before we may have been trapped due to a lack of money, societal pressure, or feelings of guilt from leaving a traditional family set-up. The changes in contraception mean that male-dominated politics can interfere less with women’s bodily autonomy.

The amelioration of access to education is a success, too. Women routinely outperform men in certain academic pursuits, from primary school to higher education. This means they are less dependent on men to earn the money needed to survive, further freeing them from dependence on men.

There is a raft of equality legislation, which recognises in law that it is wrong to discriminate against women in the workplace and in access to other services. Theoretically, women should now be treated fairly, and theoretically the state recognises that.

Theoretically, though, is the crucial caveat, because we know it isn’t how the country works in practice. We constantly have to argue against politicians and pundits who wish to reduce the term limits for abortion to be available. We have to fight clowns like Philip Davies, who go out of their way to obstruct access to domestic violence services. We have to fight people in the Conservative Party and business representatives who argue that small companies should not have to comply with maternity leave benefits. All that has been achieved so far still has to be justified to contemporaneous critics and bigots. 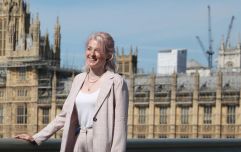 END_OF_DOCUMENT_TOKEN_TO_BE_REPLACED

As well as this, there are more reforms and improvements that are needed. There is a growing awareness of the gender pay gap, but there has been no great movement to solve it. It is linked of course to sexism face to face, but also linked to the fact that women are expected to provide the bulk of care for children and for elderly relatives when the time comes. The austerity movement also plays its part, hitting women’s wages hardest, reducing access to services like domestic violence charities and refuges, and reinforcing structural obstacles in everyday life, despite what the law pays lip service to. Whilst two women a week are killed by their partner/ex-partner, we must keep banging the drum of feminism until it is deafening.

There is yet so much more to do. Women of colour suffer disproportionately compared to white women. It is not that white women can't experience severe and serious oppression, it is just that more women of colour, proportionately, will face greater problems. Until all women are treated fairly, then no woman should ignore the oppression of others. Sex workers battle centuries of stigma to have the right to work in safety without fear of criminalisation. Trans women face abuse, erasure and discrimination. Currently they are used as a punchbag in the mainstream press, mounting a reactionary culture war as the Tory Party faces a crisis over Brexit and general competence.

This applies for the UK, but also on a larger global scale. Charities such as Women for Women International (where I am a UK ambassador), Care International, and the Tatiana Giroud Foundation all work with women in nations the world has long forgotten, to ensure they are not erased from the story of Womanhood. That they have access to the liberties and opportunities that, in some instances, were only made possible by colonialism.

Granting rights to all women is crucial, but it must be all women from London to Lagos, to Lima to Lahore. We can't pick and choose just when we have the rights that benefit us alone. 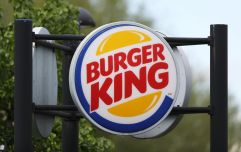 END_OF_DOCUMENT_TOKEN_TO_BE_REPLACED

It is not the point of International Women’s Day to placate men’s feelings. However, embracing gender equality has many benefits for men.

Why does this matter for men? Most importantly, it matters because women are people, and it should motivate anyone when someone else is oppressed and mistreated. Secondly, it would open up the world to men who would no longer have to contend with the strictures of masculinity when they ask what they want from their lives. At an obvious level, they would be able to spend more time with their children as a matter of course, they would have more access to jobs and activities traditionally regarded as for women, without encountering stigma.

Going further, we could work to deconstruct the cultural expectations placed upon men, young men in particular. It would help them enormously if they weren’t expected to repress their feelings, or conform to redundant notions of strength for strength’s sake, and attendant characteristics.

Much is said about toxic masculinity, and as the far right exploit a generation of young men, it’s ever more vital to have this discussion on just how men benefit from feminism. The idea that feminists are men-hating zealots must be challenged directly.

In 2015, 75% of all UK suicides were male. It is only when we strip society of the idea that feelings, having them or talking about them, are feminine qualities that we can concretely tackle the gender stereotypes that form a barrier to men confiding in each other but also seeking professional help for mental health issues.

Much has been done - too much to be listed. But the same can be said of what else needs to be changed, for the benefit primarily of women, but undeniably for men too.

Jude Wanga is a Senior Editor at New Socialist and UK ambassador for Women for Women International UK.