No bias at the BBC.

Sunday night's One Love Manchester concert was a soaring success, with artists from across genres coming together to pay tribute to and deliver top-notch performances for the people of Manchester, led by Ariana Grande. 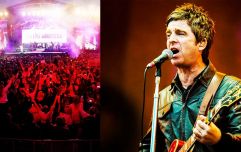 END_OF_DOCUMENT_TOKEN_TO_BE_REPLACED

Everyone from Take That to Justin Bieber, Coldplay to Miley Cyrus, plus a local lad by the name of Liam, showed up to rock Manchester's Old Trafford Cricket Ground.

Though there were many bands and artists that would no doubt loved to have performed, there's only so many hours in the day and tour schedules to be stuck to, so instead many recorded messages of love and support for Manchester.

One such band was Clean Bandit, but when they appeared on the BBC, cellist and vocalist Grace Chatto's t-shirt was blurred out. This caused some confusion; a t-shirt bearing a swear word would certainly have to be blurred, but it would have been an odd decision to wear something like that while delivering a message of love and support.

It has since been revealed that Chatto's t-shirt actually had a political bent, featuring the word 'Corbyn' above a Nike-style tick. 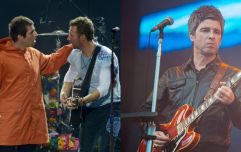 END_OF_DOCUMENT_TOKEN_TO_BE_REPLACED

Of course, the BBC cannot be seen to be promoting any political party, so the decision was evidently taken to blur out her t-shirt. Instead, we were treated to the bright orange glory of Liam Gallagher's jacket, which sold out almost immediately after he was seen on TV wearing it.