Dad to the rescue, not that she needed it

Chef and TV personality Gordon Ramsay has hit back at Steve Allen following the 'fat shaming' remarks he made about his daughter Tilly who is currently competing on Strictly Come Dancing.

END_OF_DOCUMENT_TOKEN_TO_BE_REPLACED

The LBC radio presenter referred to Tilly as a 'chubby little thing' while also suggesting that Ramsay's cooking might have something to do with it. The internet was set ablaze with criticism, which prompted Allen to make a private apology to the 19-year-old. But her father is still not happy.

Appearing on Instagram Live, Ramsay, 54, said: "It made me feel very proud that she stood up and said, 'I'm not taking this'.

"She is 19-years of age for goodness sake - busting her a**e off and attending university by Zoom and learning the most extraordinary moves with Nikita [Kuzmin].

"I think it was a breath of fresh air that level of standing up and saying, 'We're not going to tolerate that'."

Many have applauded Ramsay for his defence of his daughter.

END_OF_DOCUMENT_TOKEN_TO_BE_REPLACED

Initially, Allen had said: "Tilly Ramsay is on Celebrity MasterChef Australia, is she? Well she can't blooming well dance, I'm bored with her already.

"She's a chubby little thing, isn't she? Have you noticed? Probably her dad's cooking, I should imagine."

But Tilly didn't lie down and take it, and instead took the time to jab back at the radio presenter- much to the adoration of her fans.

She elegantly said: "I try not to read and listen to comments and negativity however recently being called out on a national radio station by a 67-year-old man is a step too far."

She continued: "Steve please feel free voice your opinions however I draw the line at commenting on my appearance. It's such a shame that someone is trying to make such a positive experience negative. 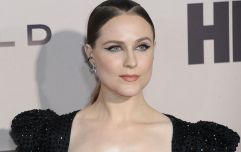 END_OF_DOCUMENT_TOKEN_TO_BE_REPLACED

"This isn't the first and definitely won't be the last comment made about my appearance and I accept that and I'm learning to accept myself."

She implored the presenter to remember that words can hurt, especially as she is only 19.

She added: "I'm so grateful for all the amazing opportunities I have been able to take part in and I understand that being in the public eye obviously comes with it's own repercussions and I've been aware of this from a young age.

"However I won't tolerate people that think its okay to publicly comment and scrutinise anyone's weight and appearance.