It is feared that the Manaus variant could spread more easily and be more resilient to vaccines. 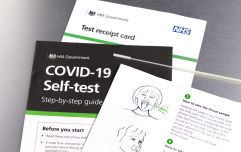 END_OF_DOCUMENT_TOKEN_TO_BE_REPLACED

Two cases in England are from one household in South Gloucestershire, which has a travel history with Brazil. A third case however is not linked.

Worrying, the location of that person is not currently known. Public Health England has said that the person in question did not fill out their details, so they have been unable to contact them.

Anyone who took a test on February 12nd or 13th and has not received their results is being asked to come forward immediately.

Those who work in those postcodes, or have visited them as a part of a support bubble, will also be able to be tested.

PHE and NHS Test and Trace are also looking to contact passengers of Swiss Air flight, LX318, which arrived in Heathrow on February 10th from Sao Paulo via Zurich. 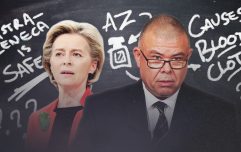 END_OF_DOCUMENT_TOKEN_TO_BE_REPLACED

The cases in Scotland are not thought to be connected to the cases on England. Those with the confirmed cases arrived in Scotland after flying back from Brazil via Paris and London, and authorities are also contacting those that were on the same flight to Aberdeen.

"The identification of this new variant is a concern but we are taking every possible precaution," said Scottish Health Secretary Jeane Freeman.

"This new variant demonstrates how serious Covid is and reinforces the need to minimise the spread of the virus."