We shouldn't forget that there has been some great football to enjoy at Euro 2016 so far, but it's impossible to ignore the fact that fan violence has cast a shadow over the tournament.

In an attempt to avoid unsavoury scenes like the ones in Marseille during the opening weekend, a drinking ban has been enforced in the cities of Lille and Lens from 6pm this evening until Friday morning.

Breaking... Alcohol ban in Lens and Lille from 6pm today until 6am Friday. No off license sale of alcohol permitted

END_OF_DOCUMENT_TOKEN_TO_BE_REPLACED

French police have been using tear gas and water cannons to break up fighting between locals and supporters of Russia and England, and Russia were today handed suspended disqualification, meaning further violence in stadiums will see them kicked out of the tournament. 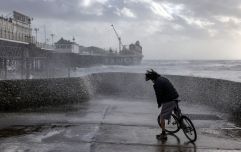 END_OF_DOCUMENT_TOKEN_TO_BE_REPLACED

They play Slovakia in Lille on Wednesday before England face Wales in nearby Lens the following day. Many of the travelling England support are staying in Lille, and fans without tickets for the match have been urged not to make the journey to Lens.

For the duration of the ban, alcohol will not be sold in off-licences or supermarkets, and drinking in public areas will be prohibited. Fans will still be able to drink in bars, but only until midnight - and all drinks must be served in plastic containers.

According to Sky Sports News, there will be an increased presence of both stewards and high-profile police in the stadiums. Downing Street has also confirmed that more police will be sent from Britain to provide assistance. 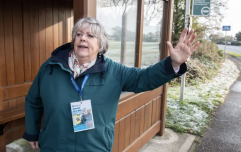 END_OF_DOCUMENT_TOKEN_TO_BE_REPLACED

At least one England fan was said to be in a critical condition after fighting in Marseille at the weekend, and two have since been jailed.

At the end of England's 1-1 draw with Russia at the Stade Velodrome on Saturday, video footage emerged of Russians fans breaking through their segregated area to pursue England supporters.

It was also reported by The Independent that 300 Russian hooligans launched a co-ordinated attack on England fans ahead of the game.

popular
Two British men raped in Spain after being 'drugged while out on night out'
Groom shocks wedding by playing video of his bride cheating with her brother-in-law
Study finds women have three types of orgasm - including 'the volcano'
Man has hand 'chopped off' outside working men's club in attack like 'a horror film'
Unbelievable moment plane crash lands on California highway before bursting into flames
Runner finishes last in 400m race as penis keeps falling out of shorts
Brit tourist, 22, ‘raped by wealthy American holidaymaker in hotel toilet’ in Mykonos
You may also like
Sport
RFU respond to Eddie Jones comments on "closeted" public schools
Sport
"Everything’s done for you" - Eddie Jones on how public schools influence English rugby
Sport
England Lionesses pen powerful letter to Sunak and Truss after Euros win
Sport
Inside the UK's biggest sports bar - set to open ahead of 2022 World Cup
Sport
Gary Lineker criticised for tweet after England's Euro 2022 victory
Next Page