Ashes-winning cricketer Monty Panesar has opened up about his struggles with anxiety, depression and paranoia. 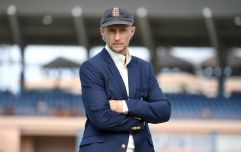 END_OF_DOCUMENT_TOKEN_TO_BE_REPLACED

He has told the BBC of his struggles with mental illness, and is now keen to reach out to others suffering from similar afflictions.

Fellow England test cricketer Marcus Trescothick saw his playing career interrupted by anxiety and depression, and Panesar has encouraged those in similar situations to open up.

"The quicker you open up the quicker you will get the support and the help," he said, while calling on cricketers to reach out to team-mates who seem withdrawn. He added:

"The signs that you can spot in other people in a dressing room is if they are very isolated and don't engage with the whole team," he added.

"Once a cricketer gets isolated, they are signs that you really should look after that person. As sportspeople, you pride yourself on being mentally strong and ruthless, all the attributes that lead to competitive performance." 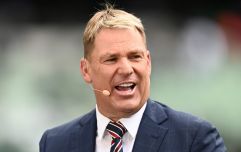 END_OF_DOCUMENT_TOKEN_TO_BE_REPLACED

Panesar has since begun taking medication for his illnesses, and is taking steps to become an ambassador for mental health among the cricket community.

For more on mental health within sport and other walks of life, as well as advice on organisations to speak to, see JOE's Mental Health Awareness Week series.