Mobile network EE have announce that they will be bringing back roaming charges for new customers who use their phones in the EU. The announcement comes just days after O2 had announced that it was also making changes to how customers were charged on the continent.

END_OF_DOCUMENT_TOKEN_TO_BE_REPLACED

Membership of the European Union had ensured that Brits travelling to Europe could use their phones and data allowances at no extra cost or charge. However these protections have been lost since we left and the UK's new relationship with Brussels came into effect.

Customers who join EE from 7 July onwards will be subject to a £2 a day charge to use their data allowances in 47 countries across the continent. The charges will come into effect from the beginning of next year.

They will not apply in the Republic of Ireland, where data usage counts as part of the domestic plan.

For the £2 charge, customers will get access to their full data, minutes and text allowance, EE have said. Alternatively customers can pay £10 for a "Roam Abroad Pass" that lasts for 30 days.

At the beginning of 2021, a number of major networks (including EE and O2) had all indicated that they had no plans to launch new roaming charges, despite Brexit meaning that they were free to do so

However, O2 and EE have now both announced that customers will in fact be subject to some charges when they travel to Europe.

EE has said that it will use the extra money made from the charges to "support investment into our UK based customer service and leading UK network." 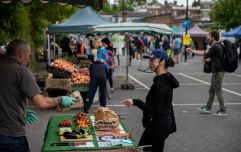 END_OF_DOCUMENT_TOKEN_TO_BE_REPLACED

So far EE and O2 are the only two networks to announce changes to roaming charges, but many are expecting other major networks to follow suit.

Ernest Doku from Uswitch said the announcement was "hugely disappointing" but that "unfortunately, when one provider makes such a bold decision it can mean that others follow."

He said: "In the aftermath of Brexit, the UK’s biggest mobile providers all said that they had no immediate plans to change their charging models for consumers roaming within the EU.

"It's hugely disappointing for consumers to see that situation change so quickly.

"Unfortunately, when one provider makes such a bold decision it can mean that others follow, so we’ll be watching to see what O2, Vodafone and Three do next."

Yes this is the first real break in the ranks and sadly others will likely follow, but I doubt it will be universal, I suspect some will keep their EU roaming as it is now. 3 for example always made a great play of its roaming packages and it was to it's competitive advantage https://t.co/bFbWKgcrmj

In a separate tweet, he said that we should "expect the dominos to start toppling."

Yep this one is the real deal. This does break EU rules (now confirmed O2 move wouldn't have) Expect the dominos to start toppling.

Blue passports though, so win-win I guess.

popular
Why United vs Villa and Chelsea vs City are happening at the same time
'Loch Ness Monster' caught on drone footage by wild camper
Foreign workers to be let into UK to help solve petrol crisis
The JOE Friday Pub Quiz: Week 262
Man blocks pavement with fence to stop chippy customers staring into living room
Man accused of having sex with horse escapes from jail
Billie Eilish says she lost 100,000 followers 'because of the boobs'
You may also like
Politics
The UK government has 'just 10 days to save Christmas'
Politics
Dominic Raab's five worst moments as Foreign Secretary we won't forget any time soon
News
Farmers could be forced to kill and burn nearly 100,000 pigs due to a post-Brexit
News
UK faces Diet Coke shortage due to Brexit
Food
Tim Martin is getting roasted on Twitter after Wetherspoons runs out of beer
Next Page