Outgoing US president Barack Obama has commuted the majority of Chelsea Manning’s 35-year prison sentence, with the former US soldier now set to walk free from prison in May.

Manning was sentenced to 35 years in prison in 2013 for leaking documents to Wikileaks in 2010 and was the most high-profile of the 209 individuals granted commutation by Barack Obama as he prepares to leave office. A further 64 people were pardoned by the outgoing president. 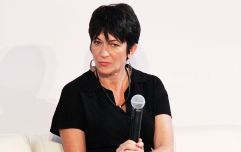 END_OF_DOCUMENT_TOKEN_TO_BE_REPLACED

Manning, born Bradley Manning, is transgender and twice attempted suicide while contained at a male military prison last year. She also went on hunger strike, which she ended after the US Military agreed to provide her with gender dysphoria treatment.

“Oh my God!” Manning’s lawyer Nancy Hollander told The Guardian (for whom Manning is a columnist) after learning of the news.

“I cannot believe it – in 120 days she will be free and it will all be over. It’s incredible.”