The jet manoeuvres are cool as hell but also very tense 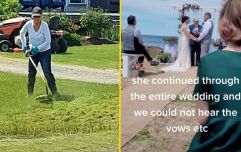 END_OF_DOCUMENT_TOKEN_TO_BE_REPLACED

The Boeing C-17A Globemaster III strategic airlift aircraft, yes, we know it's a long name, was filmed at low altitude during a practice run on Thursday.

The plane was rehearsing for the annual Sunsuper Riverfire event held in the capital on Saturday night.

Brisbane locals were warned about the flight, but that didn't stop the terror as people watched from below. One onlooker went as far as to say that it reminded him of the 9/11 terror attacks.

No, no, no, just no. Royal Australian Air Force jet weaves through the skyscrapers of downtown Brisbane, on purpose. It was a rehearsal for an air show, causing immediate flashbacks to 9/11. pic.twitter.com/oR8NwIW5Yp 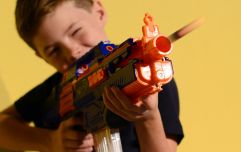 END_OF_DOCUMENT_TOKEN_TO_BE_REPLACED

"No, no, no, just no," NBC senior executive Mike Sington wrote on Twitter alongside a video of the jet.

"A Royal Australian Air Force jet weaves through the skyscrapers of downtown Brisbane, on purpose. It was a rehearsal for an air show, causing immediate flashbacks to 9/11."

Though it appears as if the jet is dodging skyscrapers, it is following the river that runs through Brisbane.

this is cool as shit https://t.co/6dJpats89d

END_OF_DOCUMENT_TOKEN_TO_BE_REPLACED

"It's not immediately discernible in the angle in this video, but that plane is flying above a river that runs through the city—not weaving in between buildings. Also, it was widely publicized before it occurred so people weren't caught off guard," Australian reporter Chad Ryan said.

Quote tweeting again to say how awesome this is, seriously, the best shit ever, so glad my city does this every year! (I’m not being sarcastic for once) https://t.co/89JFYiRQDY

"If the crew's timing is off or if they are slow to react, the jet would collide with a building. Very risky," a piolet told Task and Purpose.

He explained that in the US planes are prohibited from flying beneath the skyline even with special approval for air shows.

popular
Bette Midler wants the US to ban Viagra because it’s ‘God’s will’ to have a ‘limp d**k’
Travis Barker’s daughter shares picture of Blink-182 star in hospital bed - tells fans to ‘send your prayers’
British teen says she was raped in Majorca hotel by 'famous actor and musician'
Police hunt for two 'laughing' men who kissed three-year-old girl in front of distressed mum
Father takes his own life after 18-month-old found dead in hot car
'You're disgusting': Prince William roars at photographer who was 'stalking' his family
Halifax has introduced staff pronoun badges and its customers are not happy
You may also like
Life
Johnny Depp case: Man who went viral on TikTok claiming to be a juror admits it was a 'prank'
News
This hilarious Queen moment from Jubilee Party is now an instant meme
Social Media
Logan Paul bitten on the testicles by dog during workout in video that has gone viral
News
Moment Russian soldier flips the bird to Ukrainian drone before it blows up tank
News
Topless mum in her undies rescues pet goose from bald eagle in crazy video
Next Page