The owner was on holiday at the time

A builder has demolished his own work on a house after a dispute over the work on the property led the owner to refuse to pay him. 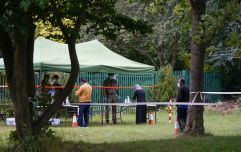 The government is to blame for Leicester's new lockdown

END_OF_DOCUMENT_TOKEN_TO_BE_REPLACED

The Metro reports that the owner of the property, which is located in Stoneygate, Leicester and was on a street where properties go for around £500,000, said that he had refused to pay the builder £3,500 for the work he had done because he was so unhappy with the work.

The 40-year-old owner said: "I had gone on holiday and was 200 miles [away] when it all happened on Tuesday.

"I've contacted the police, who said it was a dispute and not a criminal case, and I’ve emailed Trading Standards. I'm still on holiday so it’s difficult to sort out from here.

"I bought the house last year. The builder started in February and we wanted lots of work done so it could become our family home for six of us.

"We wanted a two-storey extension, a new roof, new wiring and for it to be more environmentally-friendly. Unfortunately I picked the worst builder."

According to a neighbour the pavement outside the property has now been ruined, with the street left in a mess. 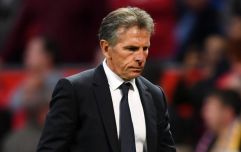 END_OF_DOCUMENT_TOKEN_TO_BE_REPLACED

They said: "The work had been going on and there was scaffolding up and it all had planning permission.

"Then people noticed the builders starting to remove things and demolish the work that had been done.

The owner has said that he will contact Leicester City Council about the pavement when he returns to Leicester.

popular
A definitive ranking of every swear word from worst to best
North Korea is running out of food as a bunch of bananas 'now costs $45'
Paul Gascoigne reckons he was a better player than Foden even when he was drunk
Russian manager goes against Ronaldo and drinks bottle of Coke at press conference
GB News fans cancel Specsavers because they hate cancel culture
Here's how to see who's been taking screenshots of your Instagram Stories
'I made Tommy Robinson go viral, will you forgive me?'
You may also like
Sport
Calamitous Alisson error sees Liverpool collapse at Leicester
Sport
Brendan Rodgers could be coming for Rangers' best player
Football
Sam Allardyce slams referee's double standards for manager celebrations
Football
Jamie Vardy surprises everyone with unexpected new goal celebration
Sport
Gary Lineker suggests a few radical rule changes to football
Next Page